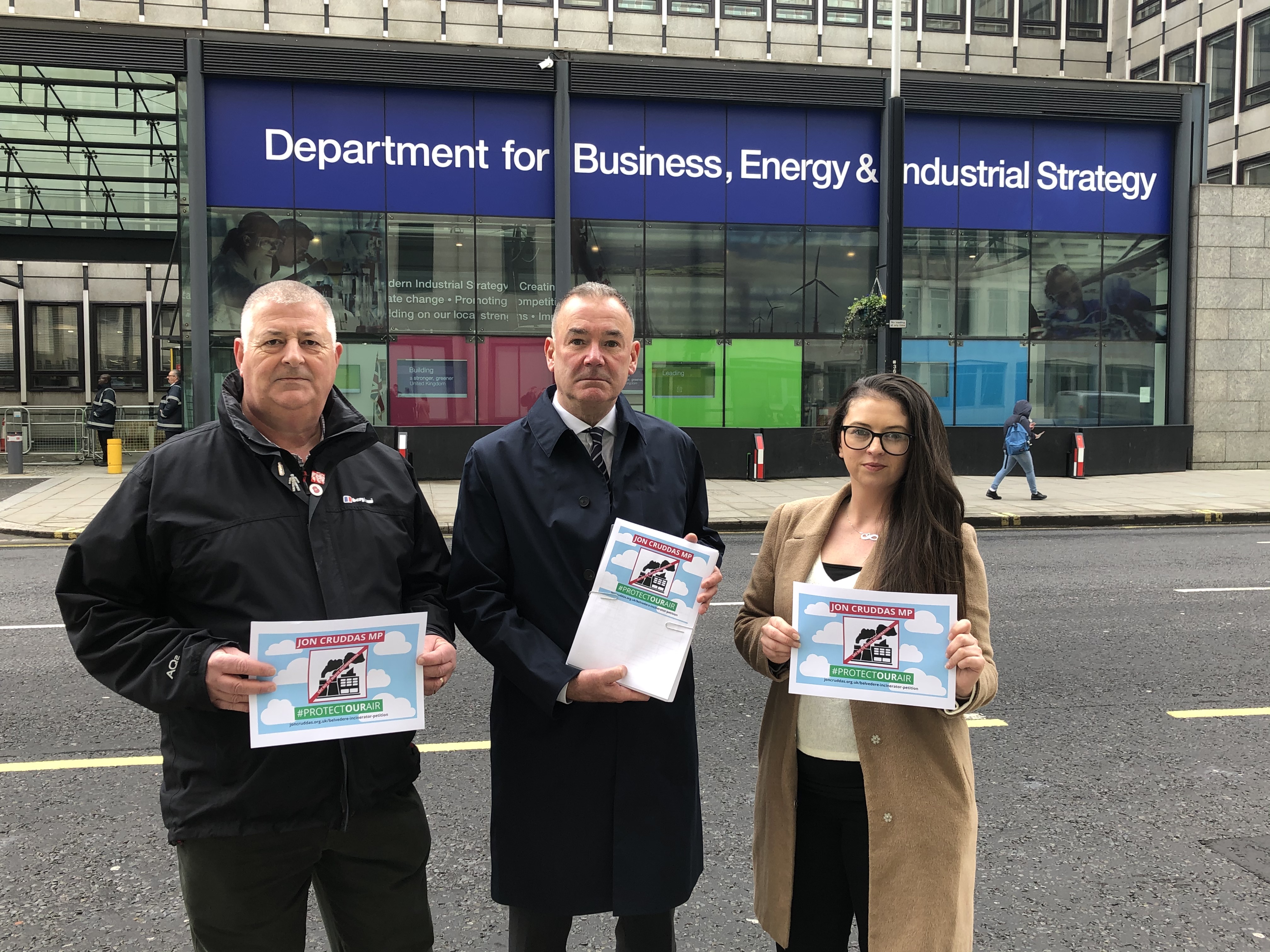 On Tuesday 10 March Jon Cruddas MP was joined by campaigners Fay Hough and Trevor McKeever to hand in a 2000 strong petition to the Department of Business, Energy and Industrial Strategy. The petition has been running for 18 months and was handed in ahead of the Ministers decision regarding the mass waste incinerator proposals for Belvedere.

The Secretary of State is due to take a decision by Thursday 9 April. Jon Cruddas MP raised concerns about the proposal way back in 2018 and has been campaigning against it ever since.

Jon commented: "this campaign isn't a knee jerk reaction. All the science says that if these plans are approved it will have detrimental effects on air quality, human health and biodiversity across the south of my constituency ? primarily in Rainham and South Hornchurch."

Jon also highlighted that "there are many arguments for and against Energy from Waste; on the one hand it is a way to end the plastic cycle for good but on the other hand, if not done responsibly it can lead to high concentrations of harmful emissions. It is also considered the least environmentally friendly form of waste disposal after landfill."

Current directives only allow for a single facility to produce a maximum of 200 milligrams per cubic metre of Nitrous Oxide (considered a harmful emission). If the new facility is approved next month the output in Belvedere will be nearly 50 per cent above the legal limits ? yet it will be considered acceptable as facilities are evaluated on their individual output.

Jon added: "the reality is that if this second incinerator is approved our area will suffer the highest concentration of harmful emissions from incineration anywhere in the country. The strength of feeling in the community on this issue has been phenomenal and I hope the Secretary of State will consider my representations ahead of his decision."

The government has a poor record on waste incineration with national capacity doubling over the past five years. However, there is now a London-wide focus on improving air quality and in 2019 Sadiq Khan joined Jon Cruddas MP in calling on the government to ?stop allowing new toxic waste incinerators in London.'