Following a meeting attended by Jon Cruddas MP and Wendy Morton, Minister of State at the Department of Transport on Monday 7/3/22 to discuss the cancellation of the promised Beam Park station, Jon reports that there now appears to be some progress. 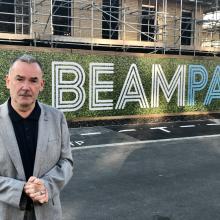 Following revelations in August that the Department for Transport (DfT) had withdrawn their support for the delivery of Beam Park Station, Jon Cruddas MP for Dagenham and Rainham launched a campaign against the decision and is demanding a Tory U-turn to deliver the station.