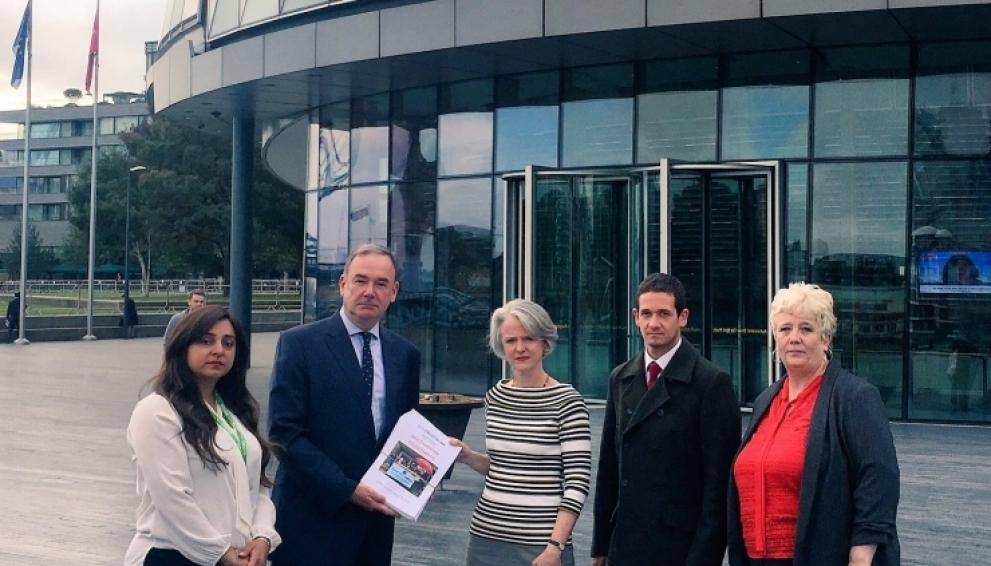 On Wednesday 1st November after a three month campaign led by Jon Cruddas MP, and supported by the council; the Mayor's Office for Policing and Crime has announced that Dagenham police station has been saved.

MOPAC noted: 'In Barking and Dagenham specifically, people have expressed strong views about the proposed closure of Dagenham Police Station and the impact this would have on public confidence.'

"This is brilliant news and a massive victory for People Power. It is a victory for everyone who came together in such a broad coalition to defend our community - local campaigners, voluntary groups and the council. It is a real testament to what a community can achieve when it comes together behind a single issue.

"In particular, I would like to thank all those who went door-to-door collecting signatures for my petition, which reached a massive 5,175 names. Those voices were heard loud and clear.

"It is clear we won the arguments in what was a genuine public consultation - not just a done deal. We said it was wrong to shut down police counter services at a time of visible, rising violent crime - like the moped gangs. We said the area's regeneration is bringing a significant population increase, which requires more not less police resource.

"We said it was wrong to expect people to travel an hour by public transport from the north of the borough to the south just to report a crime. We said you can't expect older citizens without smart phones to interact with their police on social media. And we pointed out that the Rainham Road South station was the most frequently-used in the borough.

"I am truly delighted at today's decision. But what is clear is that faced with £400m of government austerity cuts, the Mayor's office had a truly impossible job to do. We now have to take the battle to government and demand that those cuts are reversed across the capital. It's simply not right to put a price on people's safety."