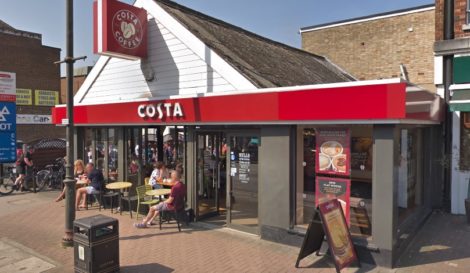 Following a ?sleight of hand' robbery which took place on Sunday 4 August at the Upminster Costa Coffee franchise, a 16-year-old member of staff from Dagenham was allegedly told to pay back £280 which was lost as a result of the theft.

Jon Cruddas MP waded into the dispute which was covered by the Romford Recorder, calling for an investigation to be launched into the franchise. Costa Coffee responded by saying that this is not company policy but could not clarify why staff were under the impression that they would be required to reimburse the branch following a theft on their shift.

The father of the young worker has met with the franchise owner and has liaised with Costa. Speaking to Jon's team he said that since taking to social media a number of former staff members have come forward to share stories of exploitation at the Upminster branch.

Jon Cruddas MP said: "The most recent incident at the Upminster Costa Coffee franchise has seemingly unearthed a history of shoddy working practices, unorthodox management, and poor treatment of staff ? particularly young workers who seem to be on the receiving end of intimidating behaviour and workplace bullying by the management.

"Today I will be writing to the Managing Director of Costa Coffee UK & Ireland requesting that this is properly dealt with. I will also be contacting union bosses to bring this issue to their attention ? the incident last week reflects poorly on a company that employs thousands of workers across the UK and the branch needs to be held to account."

Former staff members have highlighted concerning incidents such as money deducted from their wages to pay for staff training, pay being withheld following resignation, and allegations of sub-standard health and safety practices.

Today Jon Cruddas MP has written to the Managing Director of Costa Coffee UK&I ? read the letter in full by clicking HERE

Jon added: "I find it very worrying that a company as big as Costa Coffee is seemingly failing to enforce standards across franchised branches. I'm urging union bosses to investigate this situation as I fear Upminster could be just the tip of the iceberg."