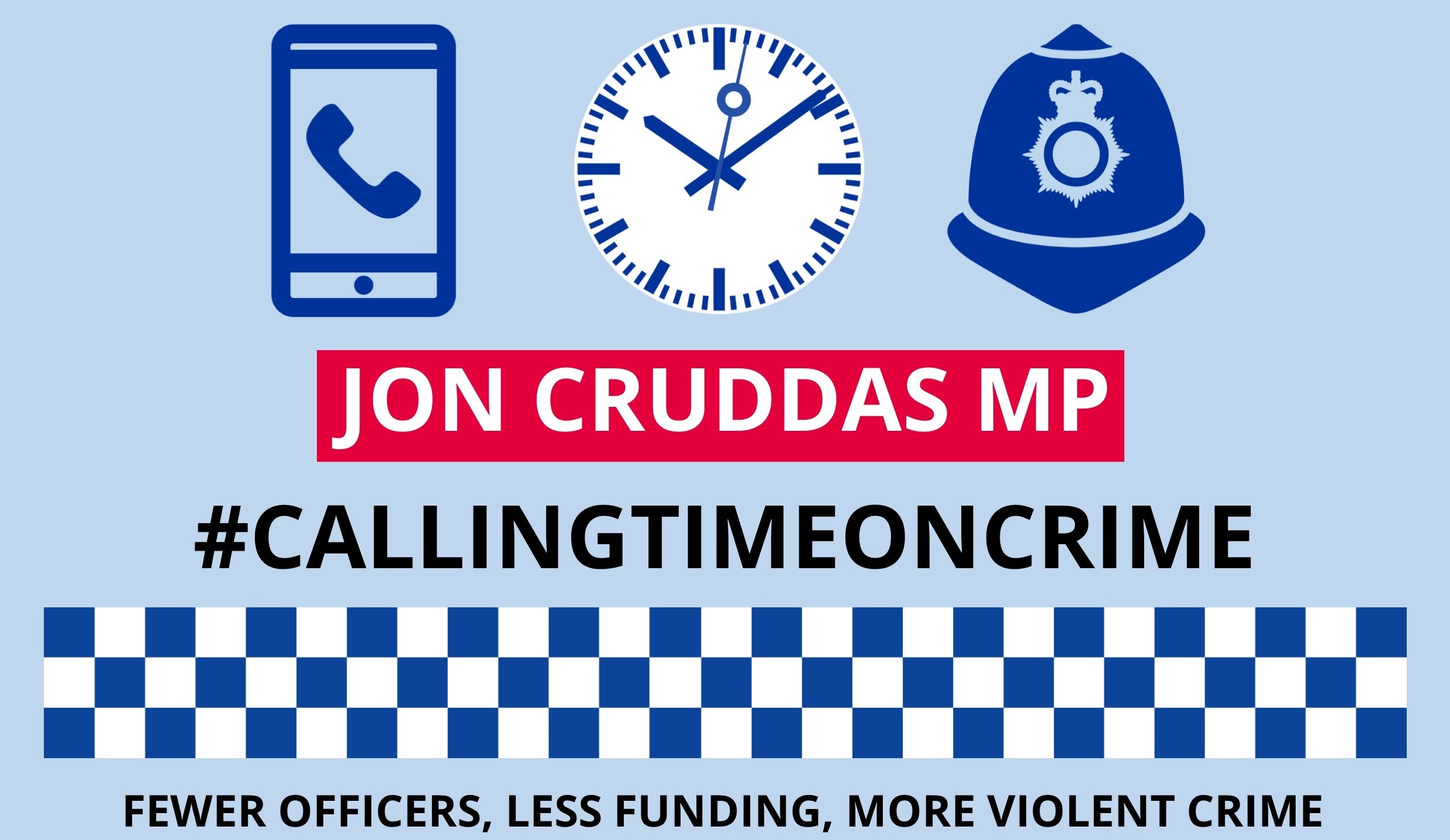 In September 2018 Jon Cruddas MP launched a campaign ?Calling Time on Crime' as a response to rising violent crime across Dagenham and Rainham. Knife crime has dominated the headlines for the last few months as more young lives have been needlessly lost across London, and more recently right here in Barking and Dagenham, Havering, and Redbridge.

Despite the evidence, which includes a Home Office analysis, Theresa May still maintains that there is no correlation between falling police numbers and serious violent crime. Jon Cruddas commented: "It is difficult to find anyone who shares her view. The numbers simply don't add up."

Since 2010 cuts to the Metropolitan Police have totalled £850m in funding which in real terms means 3,230 fewer PCs and 3,381 fewer PCSOs on our streets, and 120 police stations have closed. Meanwhile across Dagenham and Rainham knife crime has increased by 10-30 per cent.

Last week Jon joined every Labour MP in London by co-signing a letter demanding Philip Hammond, the Chancellor of the Exchequer, invest more in the Metropolitan Police as part of his Spring Statement. The Chancellor pledged £100m for police across the country. Which Jon described as "a drop in the ocean compared to what has been taken out by the Tories."

Jon is aiming to get 10,000 signatures on his ?Calling Time on Crime' petition so that he can take it to Downing Street, demanding that the Prime Minister gives our police the support they need to keep our streets safe.

Jon commented: "the only way I can see things improving is if government intervene in a meaningful way with more investment and more bobbies on the beat here in Dagenham and Rainham. People power has delivered colossal victories against the odds in the constituency before, so I'm urging the community to join my campaign ? enough is enough."

Over 100 residents are currently collecting signatures down their streets, will you help? Contact Jon's office on 020 8984 7854 or via email cruddasj@parliament.uk