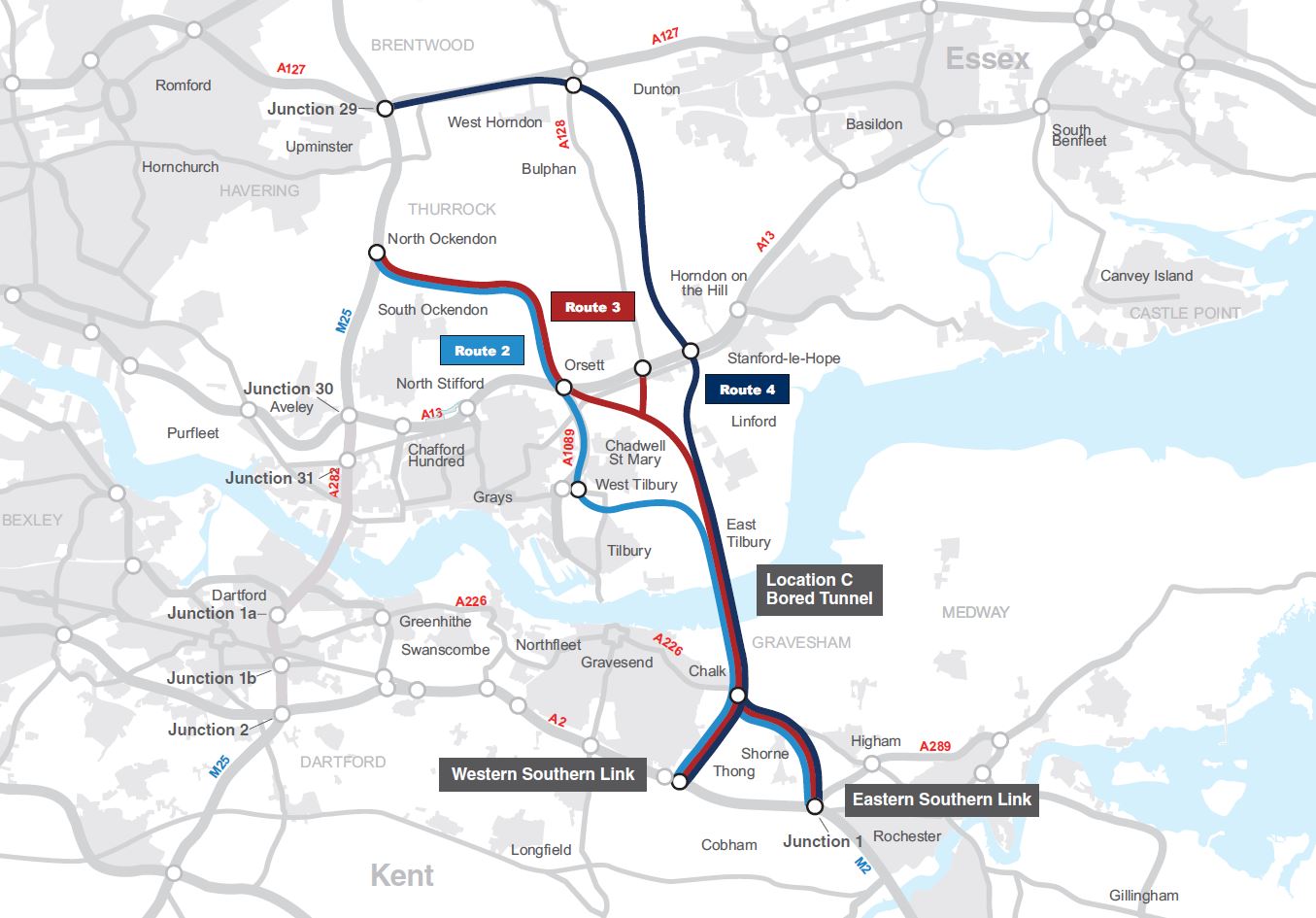 Highways England have today launched a public consultation on a proposal to create a new Lower-Thames crossing. The plans are being considered in response to the increasing pressures on the Dartford crossing; which currently sees over 50 million crossings per year. The new proposal is to open a crossing in the form of a tunnel between East Tilbury and Gravesham (near Gravesend) ? connecting Essex to Kent. It is anticipated by Highways England that the crossing will be in operation by 2027.

This follows on from last year's consultation which was focused on a proposed crossing from Rainham to Belvedere, and another at Gallions Reach; both of which are still being considered for opening in 2025. It is likely that the suggested routes to the new crossing would mean increased traffic through South Hornchurch and Rainham, because of this ? as with last time Jon Cruddas MP is urging local residents to have their say on the proposed Lower-Thames crossing.

Jon Cruddas MP said: "As with the proposals that came forward last year, there is great potential ? but with any proposal has to come a solid investment into local infrastructure. The increased traffic will put a strain on our local roads, and there are already issues with the old and new A13 which need to be addressed. I hope that residents will take part in this consultation, as it is set to impact the local area over the next ten years."

The plans are not set in stone as of yet, and Highways England will be passing on all of the public feedback for consideration in the government's decision later this year. At present there are still two options on the table; to extend the existing crossing at Dartford or create a new one. The preferred option made clear in the consultation document is the new Lower-Thames crossing, but there is still time to impact a final decision.

The consultation is open until 11.45pm on March 24th and you can have a look at the full consultation document in detail before having your say by clicking HERE

If you would like to have a look at the business case for the proposal, please click HERE