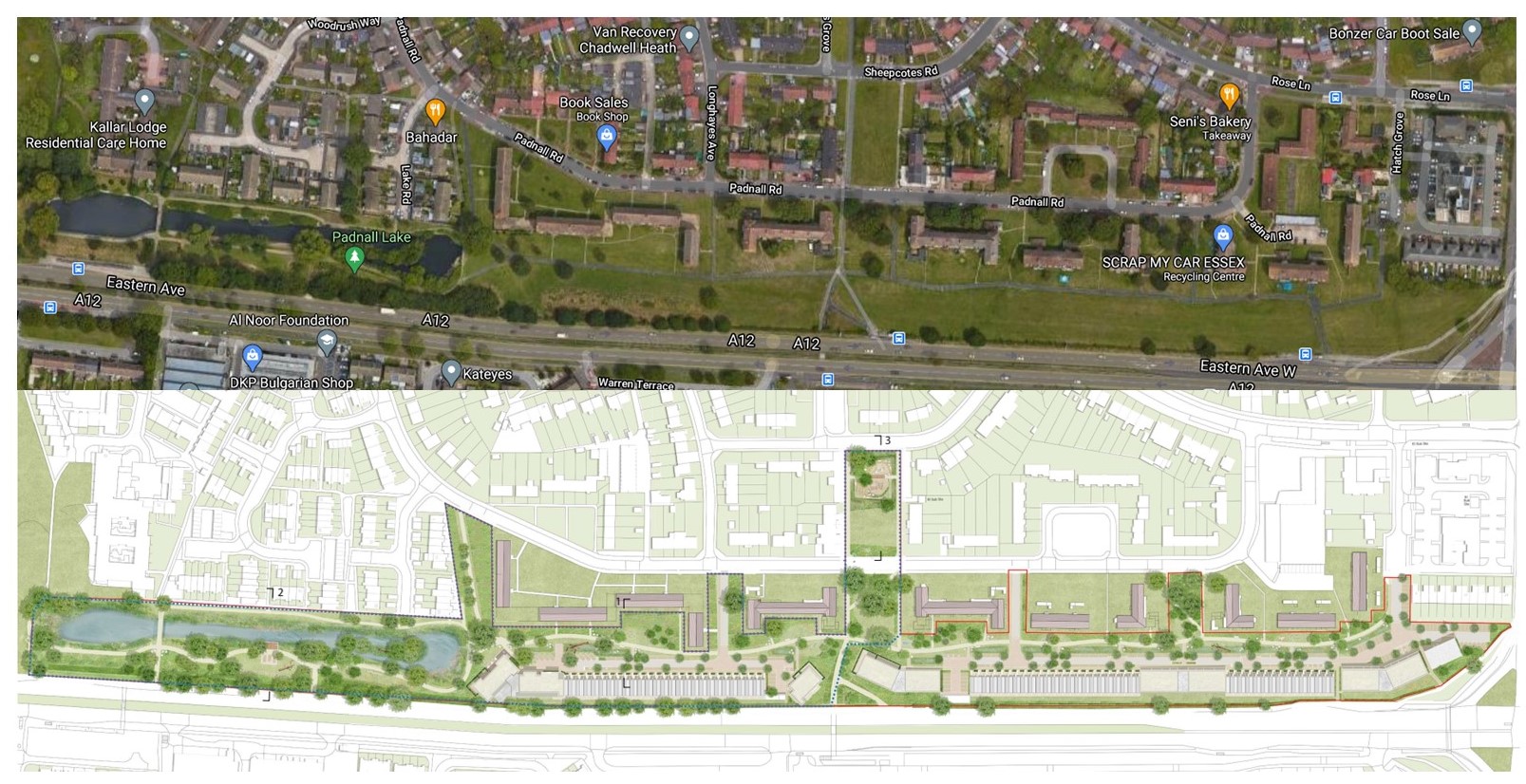 In November 2020 plans were approved by Barking and Dagenham Council to develop the land between the A12 and Padnall Road, providing 219 much needed new homes. The plans were met with opposition from a number of local residents who primarily raised concerns about the impact on the environment and biodiversity in the Padnall Lake area.

Jon Cruddas MP commented: "the most common concern raised with me was about the environmental impact of the development. There have been a number of rumours circulating in the community that there are plans to damage or negatively alter Padnall Lake. However, having seen the plans and spoken with council Members I feel reassured that the development seeks to enhance the environmental footprint of the area for the benefit of the community and local wildlife."

Padnall Lake is designated as a SINC (Site of Interest for Nature Conservation) and the plans to redevelop the adjacent land seek to improve the current site which would see an overall increase in biodiversity of 513%. This will translate as an innovative and diverse planting scheme to create a new linear park for residents to enjoy, stretching from Whalebone Lane North to Padnall Lake - improving the existing pathway and delivering numerous environmental benefits.

A number of other concerns have also been raised with the Member of Parliament for Dagenham and Rainham which include visual impact and potential loss of light in existing buildings, traffic flow issues due to increased population density, affordability levels and access to the new properties for existing local residents. Jon Cruddas MP has raised all of these issues with the Managing Director of Be First and will be speaking with the Leader of the Council to seek assurances.

Jon said: "Environmental concerns aside there are a number of queries related to tenancy mix, increased congestion, and the availability of these new homes for existing residents. In my representation to Be First I have also suggested the possibility of internal improvements for the Padnall Road flats. As with all regeneration of this scale the community should be brought with the project rather than feeling like they have fallen victim to it. Although, I must say that on the face of it this appears to be one of the better developments of the last few years."

You can read Jon's letter to Be First by clicking HERE

Jon Cruddas MP will feed back to all constituents that have contacted him on this issue when a response comes through from Be First and assurances have been provided for all the points raised.