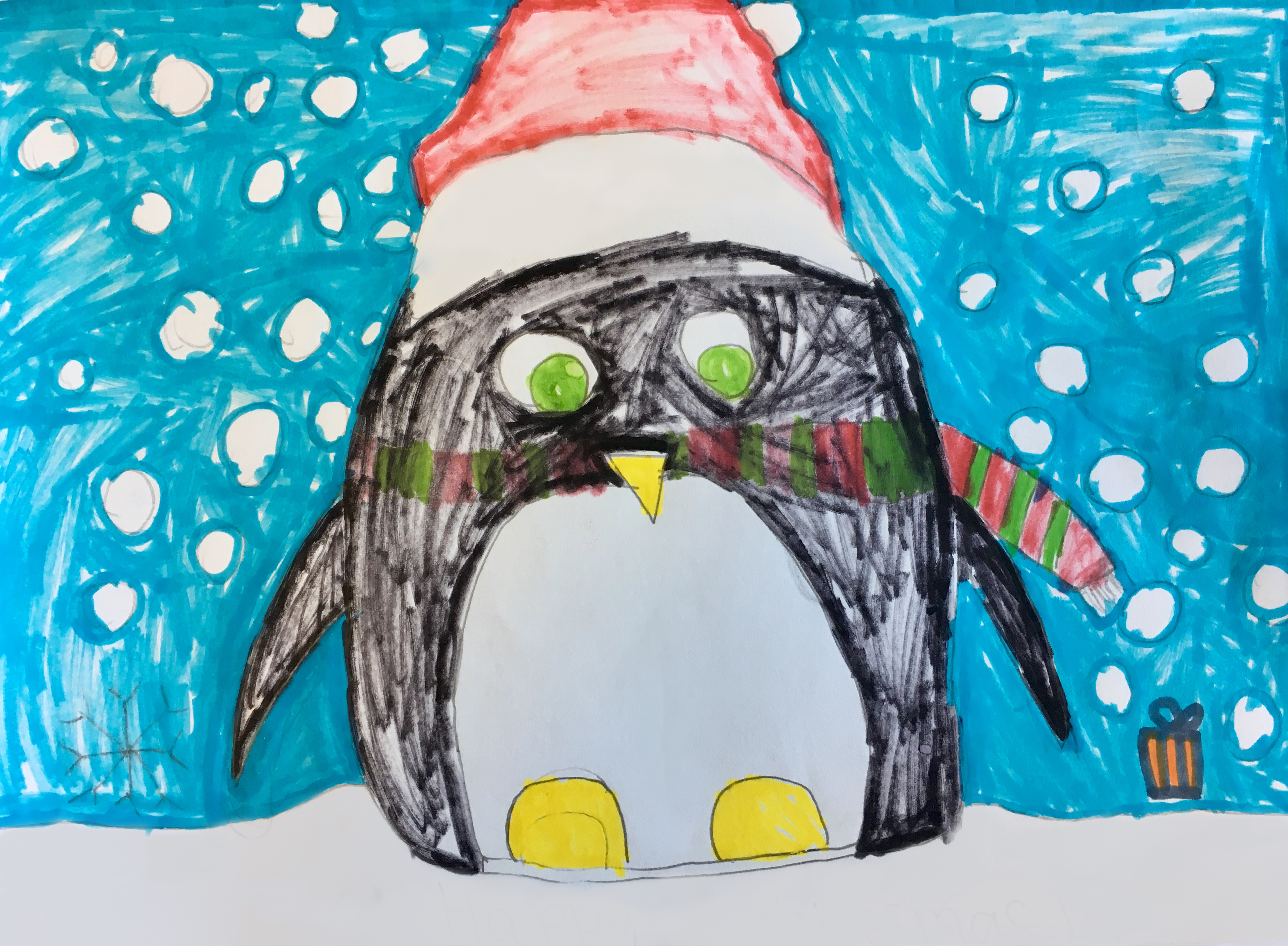 It's that time of year again; thousands of local children from 22 of the constituency's schools have been designing Christmas cards for Jon Cruddas' annual Christmas Card Competition. 23 businesses have sponsored the competition this year which means that this will be the biggest event ever, and the prizes are huge!

Last week Jon found himself surrounded by colourful cards, spoilt for choice, deliberating for hours. Jon said "this is always one of the toughest decisions of the year. It was almost impossible to choose a winning card from such fantastic entries! We have some budding creatives in our schools, and with the standards rising year on year picking a winner is becoming a real dilemma."

Jon finally settled on a bright Christmas penguin from Beam County Primary School designed by five year old Evita Karvauskaite. Evita's design will be the MPs official Christmas card and will go to 2,500 people including the Shadow Cabinet, local volunteers, Barking and Dagenham, and Havering dignitaries, and even the Prime Minister.

This year's winner gets to choose what they want for Christmas up to the value of £300, a generously donated tour of West Ham's London Stadium for a family of four, and a goody bag including DVD, chocolates, toy shop, and cinema vouchers, and a cuddly toy.

The overall runners up get prizes up to £150, and every school has a winner and runner up that receive goody bags. Winners and runners up from Trinity School and Add+Up Charity get up to £60 and £50 to spend.

There are also some extra special prizes this year which will be unveiled on the day.

Jon added: "the prizes are bigger than ever this year and that is thanks to all the businesses that have sponsored the competition. Their generosity means that we can make Christmas extra special for all of the winners and runners up this year."

The presentation event will be held at the newly opened Coventry University London campus in the old Dagenham Civic Centre on Friday 1st December.