Sleepless in Dagenham and Rainham 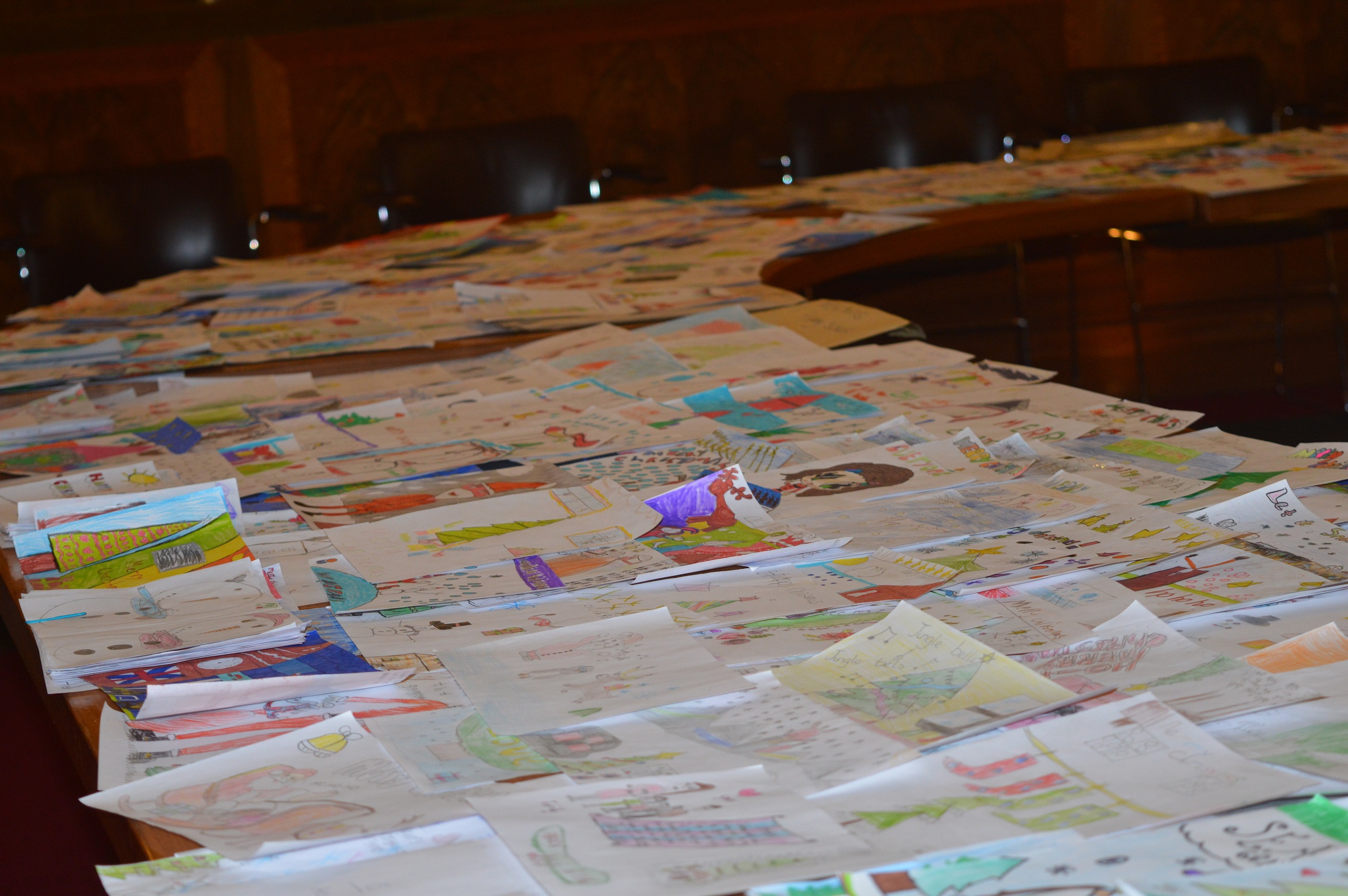 It's that time of year again ? the Jon Cruddas MP Dagenham and Rainham Christmas Card Competition! This year was bigger than ever with 21 local schools taking part and 21 local businesses sponsoring the event.

Yet again, this month saw the Council Chamber at the Dagenham Civic Centre turn into an explosion of colour! This year there were thousands of cards, making it harder than ever for Jon Cruddas to choose the winning design. However after much deliberation Jon finally settled on a card designed by Daniel Moorey, age 6 from Brady Primary School in Rainham.

Jon said: "well, I was torn ? the kids designs get better and better every year, and it is becoming a real dilemma choosing which one is the best! More sleepless nights thinking about Christmas cards, in what is up there alongside the toughest decisions of the year. It is well worth it though.

"The competition prize event which is coming up is the best event of the year, and it is a real pleasure to organise ? I'm really looking forward to this year, with more schools and businesses than ever it is set to be an excellent event!"

Daniel Moorey who designed the winning card gets to choose what he wants for Christmas up to the value of £200 and also receives a £50 gift card which was part of West Ham's generous donation this year.

This year the two runners up were Antonina Debkowska from class 5R Warren Junior School, Dagenham, and Mia McCaffrey aged 5 from LaSalette Catholic Primary School, Rainham. Both runners up get to choose a gift up to the value of £100 plus a £50 voucher each from West Ham, and one will receive a £50 Waterstones voucher, and the other a £50 Tesco voucher.

Jon also chooses a winner and runner up from every school that took part, all receive goody bags on the day of the prize giving. This year goody bags include £10 cinema voucher, £10 toy shop voucher, the latest Disney DVD, Christmas chocolates, a Dagenham and Redbridge FC teddy bear, and a copy of the winning card.