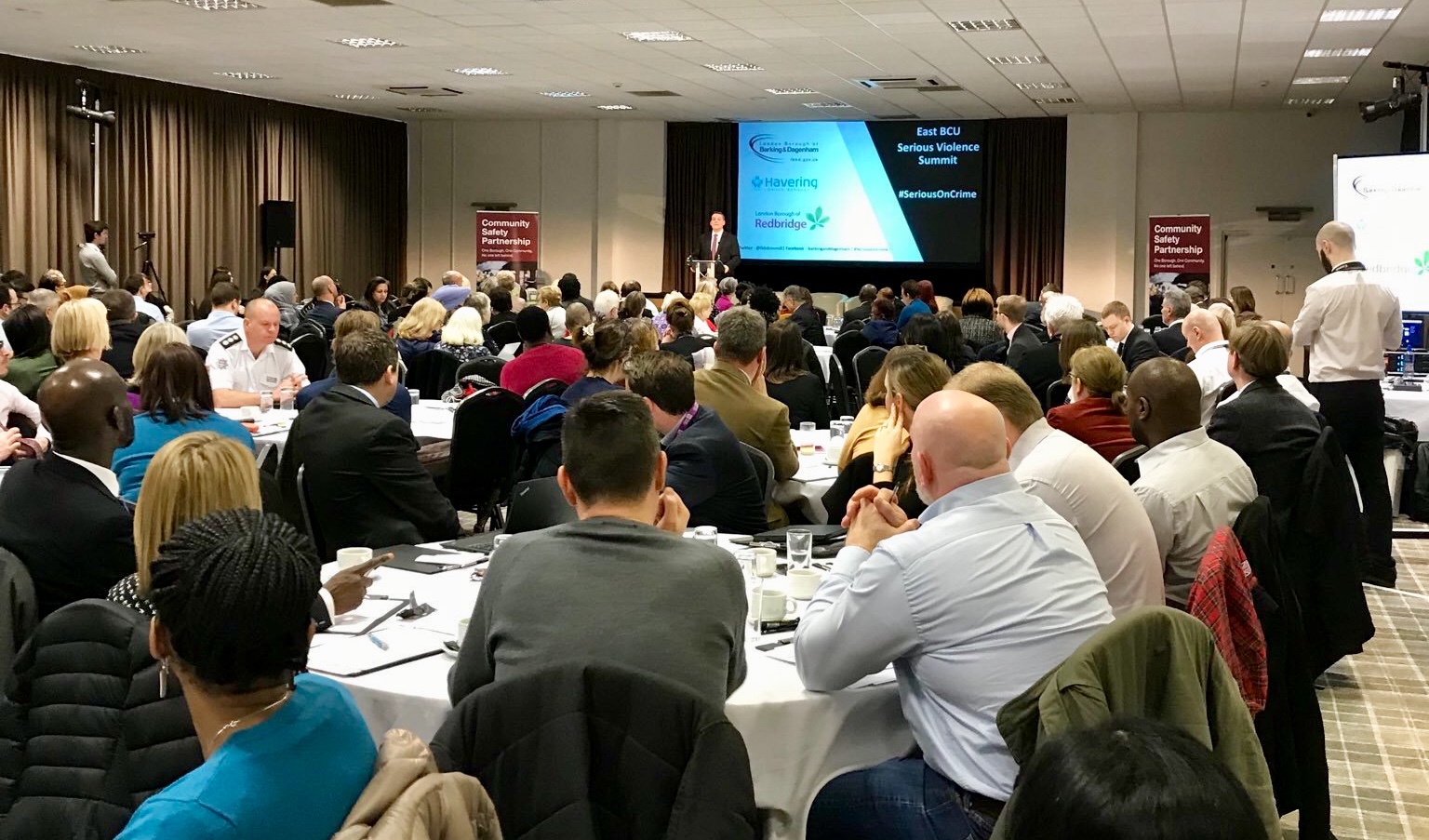 Over 200 people attended the event from across boroughs including MPs, councillors, voluntary organisations, social workers, charities, and people from the education sector.

Cllr Margaret Mullane, LBBD Cabinet Member for Enforcement and Community Safety organised the event. Cllr Mullane said: "crime is the number one concern in our community and it is going to take joined up thinking across sectors to tackle. We can't arrest our way out of the violent crime crisis and the Serious Violence Summit was the first step towards a more all-encompassing solution."

Jon Cruddas MP has hailed the event as a route through the current situation. Jon launched a campaign ?Calling Time on Crime' in September 2018 which calls on the government to reverse cuts to the Metropolitan Police, which have left London with a shortfall of £850m.

Jon said: "in real terms London is down over 3,000 police officers, over 3,000 PCSOs and 120 police stations. It is no coincidence that were looking at spikes in violent crime across the city. Across the tri-borough area which covers my constituency knife crime has risen 10-30 per cent over the last 12 months. The Serious Violence Summit was a good starting point and I look forward to other boroughs such as Havering and Redbridge following suit."

The Summit also announced the establishment of a Commission which will tackle cultural aspects that may have helped to normalise domestic violence in some parts of Barking and Dagenham.

There is a short film of the day, which outlines the topics covered and actions moving forward. You can watch the video here: https://youtu.be/eyJzlgx4EDU