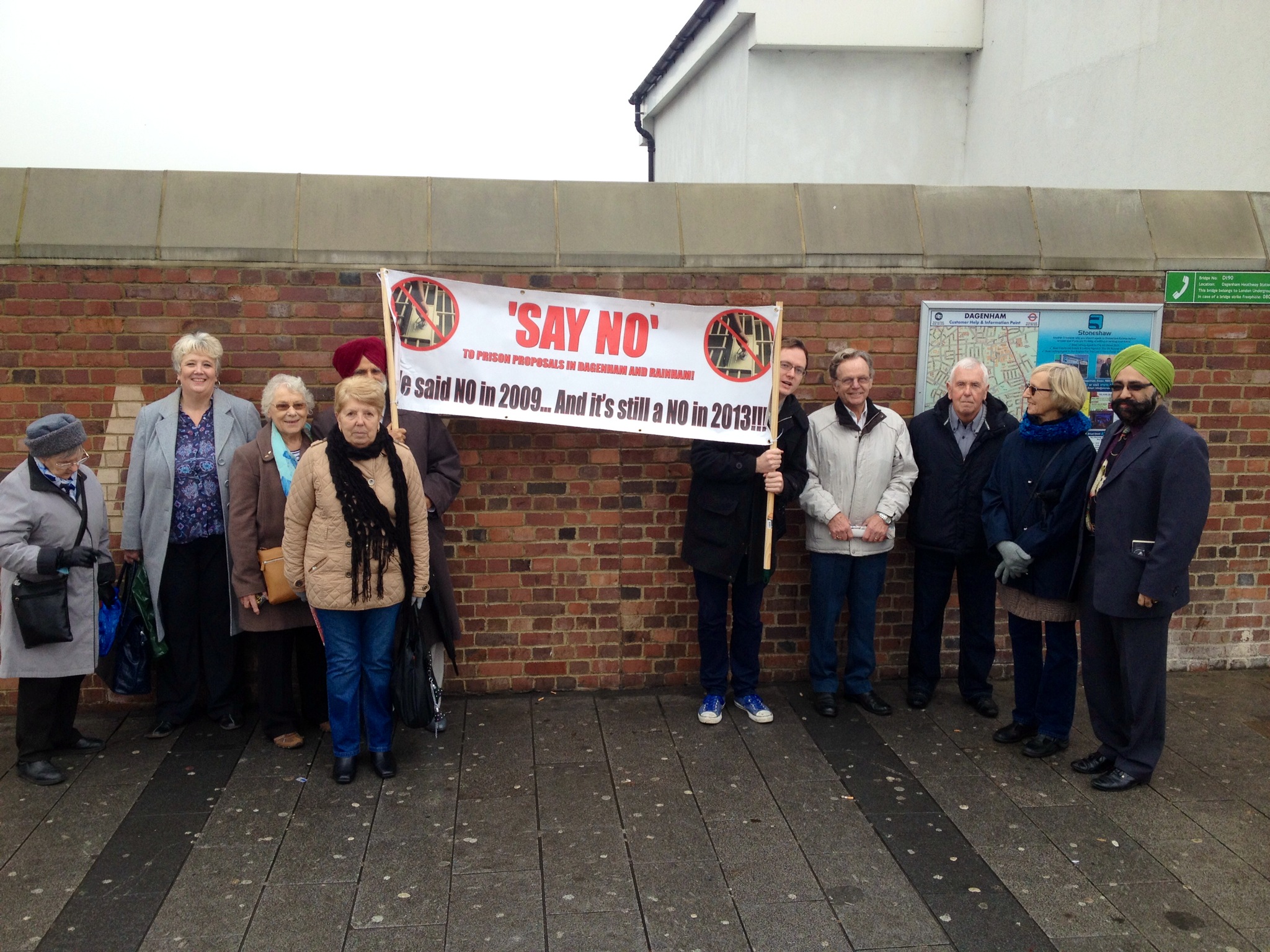 Earlier this year the Ministry of Justice, London Mayor Boris Johnson and Sir Edward Lister, the Deputy Mayor for Planning and Policy, unveiled renewed plans to build a 2,000 capacity prison between Dagenham and Rainham on the Beam Park site. Following seven months of tireless campaigning with the support of over 150 local volunteers, Jon Cruddas MP for Dagenham and Rainham and his campaign team have amassed over 10,000 signatures on a petition to oppose the plans.

On Wednesday 27th November, Jon Cruddas MP was joined by local ward councillors and a delegation of local residents in order to present the petition at City Hall. The delegation met with London Assembly Member John Biggs and together, presented the petition to Sir Edward Lister and London Mayor Boris Johnson who put the proposals forward back in April. The petition was also taken to the Ministry of Justice.

Jon Cruddas MP: "The scale of community involvement from the very beginning has been fantastic. The progress of the ?SAY NO' campaign has been a huge testament to people power; with individual volunteers campaigning on over 40 streets, over 70 local businesses taking petitions, and concerned residents coming along to three packed out public meetings.

"It is not the first time this area has been targeted by Boris and the Ministry of Justice. In 2009 residents said no as part of a grass roots campaign and the plans were overturned, the past eight months of local consultation have highlighted that people are still opposed to the idea. It was great to see so many residents turn out in London to support the campaign on Wednesday.

"The support we drummed up on 27th November, along with a 10,000 strong petition ensured that the local community's position was made clear to those at the top. I will continue to lobby the government, raising questions in Parliament and hopefully we can pressure a decision on the location of the new facility."