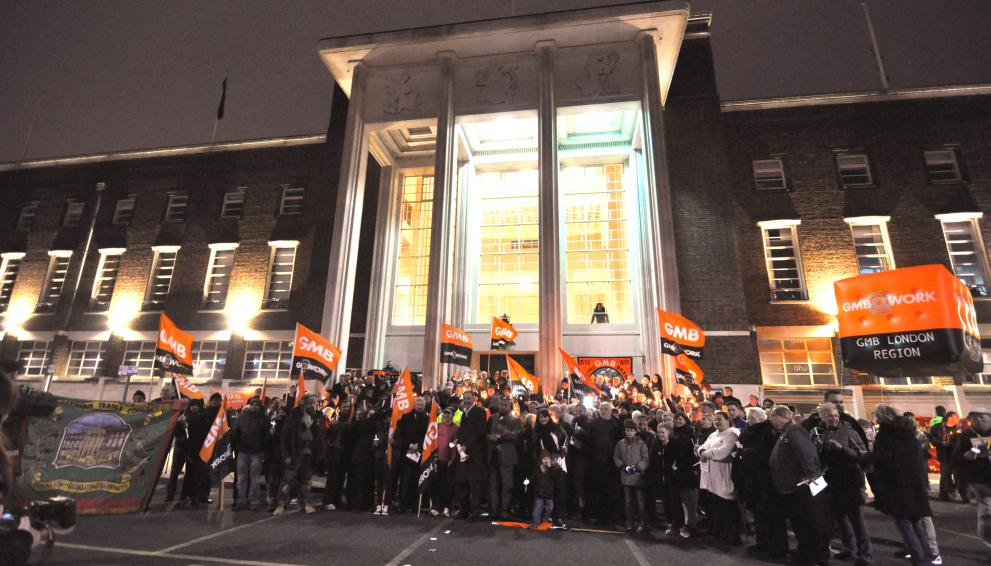 After 18 months of campaigning, which included a survey to all 30,000 households in Dagenham, over 4,000 petition signatures, 33 video testimonies from members of the public, and a candle lit vigil which attracted over 400 local residents – the future of the iconic Dagenham Civic Centre is one step from being secured.

The building which has been referred to by many as the ‘heart of Dagenham' was earmarked for sale as part of the governments' cuts to local authorities back in November 2014. As soon as the news broke, Jon Cruddas, the local MP for Dagenham & Rainham mobilised the community, leading the biggest campaign Dagenham has seen in years, and has now followed through on his general election promise to save the Civic Centre.

Jon Cruddas MP commented: "This is fantastic news, and a vindication of the campaign. The people of Dagenham had a fight on their hands but with hundreds of residents coming together for a common cause, this campaign was a real testament to people power and community spirit. I want to congratulate the people of Dagenham on their tireless dedication, with special thanks to all those who helped along the way."

Coventry University College put in a bid with the Barking & Dagenham Council to lease the building which has been agreed provisionally by the university and the council, and will go to the university board for agreement in the coming weeks. The plan wouldbe for the university to use the Civic Centre to offer a wide range of apprenticeships and degrees in accountancy, business, law, engineering, finance, health and social care, IT, marketing and tourism, counselling and policing. At the same time, the building will remain the property of the council and in public hands – meaning that it will continue to operate on the same basis it has been; open to the local community, local councillors, and available for Jon Cruddas MP to hold his advice surgeries.

Jon said: "This is an amazing opportunity and I am extremely pleased that the council have secured it. The campaign achieved what it set out to do, and I commend all the additional hard work of the council to bring a higher education provision into the area. Together with Barking & Dagenham College and ELUTec this gives the people of Dagenham a first rate educational hub right on their doorstep."

All courses are awarded by Coventry University, which is a Top 15 university in the UK and where a recent survey found 9 out of 10 graduates were successful in gaining employment or going into further study. The college offers both full-time and part-time programmes, including in the evenings and on Saturdays to fit around people who work, have family or caring commitments.

The college is also aimed at students concerned about taking on debts to fund their higher education, as well as helping those combine work with gaining new skills. Students pay from £5,846 for a degree course they can take while working, compared to at least £9,000 at other universities.