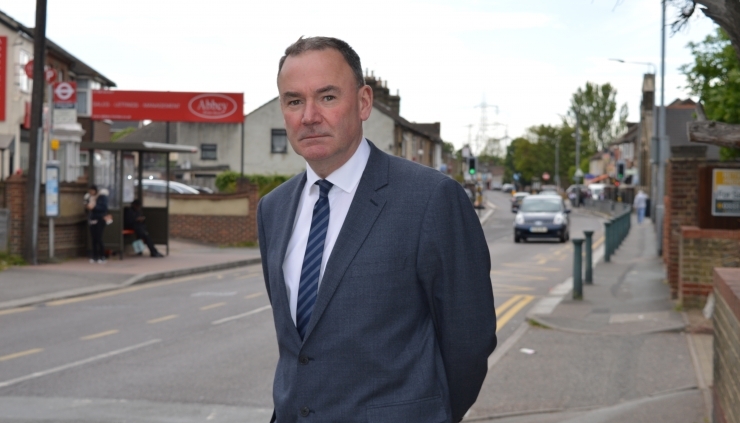 Jon Cruddas MP of Dagenham and Rainham has been contacted by several constituents as concerns have been raised on the pay cuts to be faced by Amazon's UK yard marshals. Yard marshals manage the hundreds of trucks and drivers that arrive at Amazon delivery stations and warehouses every day.

Amazon have permanently employed more than 200 yard marshals at UK delivery stations and despite their profits tripling during the pandemic, they have proposed to cut yard marshals' wages by as much as 23%. The yard marshals had been informed in July that their hourly wage would drop from £13 to £10 per hour, starting in October.

Whilst the proposed cut would align the UK with the company's pay structure in the rest of Europe, the UK is already facing a cost-of-living crisis and Labour have renewed calls for significant rises to the living wage in line with inflation. Recently, one of the marshals claimed that their current wage was just enough to pay for food, car insurance and their phone bill.

Jon Cruddas MP said: "When we consider the huge profits enjoyed by Amazon, allowing their CEO to launch himself into space recently, it is incredibly disappointing to hear that the company is cutting wages to some of the lowest paid workers. As we emerge from the pandemic, faced with a rising cost of living crisis, companies should not be forcing a race to the bottom in terms of pay. In the coming days I will be liaising with trade unions and Amazon to raise my concerns about the proposals."

As a result of concerns raised by Dagenham and Rainham constituents, Jon Cruddas MP will be in contact with Amazon and trade unions in attempt to ensure that this issue is rectified and that the yard marshals aren't faced with further financial insecurity.