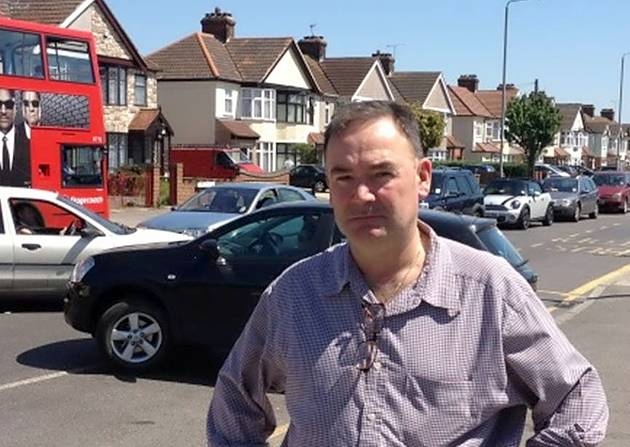 Jon Cruddas Member of Parliament for Dagenham and Rainham, Incorporating South Hornchurch and Elm Park, has been contacted by a number of residents in Melville and Cowper Road, Rainham regarding the ongoing parking problems there. Many residents have complained to Jon that commuters using Rainham Rail Station use Melville and Cowper Road to park their cars up before heading to work and leave them there till late in the evening resulting in residents not be able to park in their own road.

Jon Cruddas MP visited the roads recently to see the problems for himself.

One resident, who is also a nurse, told Jon that when she leaves for work in the morning there are queues of cars waiting to use her parking space. Another resident told Jon that after returning from work he often finds himself having to wait for commuter cars to leave before he has an opportunity to park in his own road.

The residents Jon spoke too expressed their wish for the London Borough of Havering council to introduce a Controlled Parking Zone (CPZ) in Melville and Cowper Road to deal with the problem of commuter cars taking up residents parking spaces. Jon Cruddas MP will be undertaking a survey of all residents in the road to canvass their opinion.

Jon Cruddas MP said: "Not being able to park in your own road is obviously a massive problem and a real inconvenience for many residents.When I visited Melville Road and Cowper Road I spoke to a number of residents who were all of the same opinion; a CPZ would be the only way to deal with the problem parking. I am interested to hear from all the residents about this. It was also interesting to hear from residents that if this were a problem in other parts of Havering, the CPZ would already be in place."