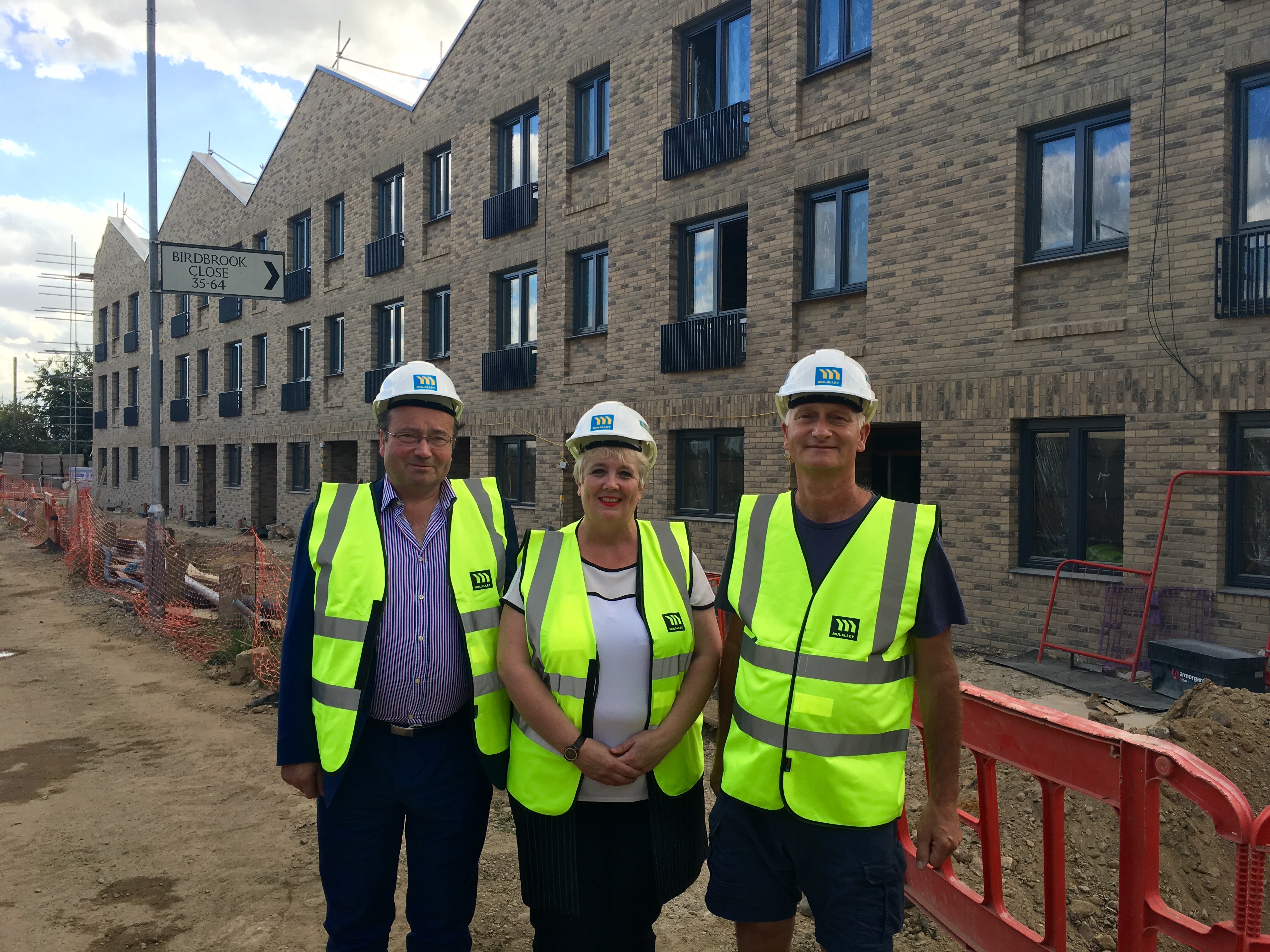 Barking and Dagenham is continuing its historic commitment to house building, with huge regeneration projects across the borough, all funded by the innovative Estates Renewal Programme. At the core of the programme are plans to modernise The Leys in Dagenham Village and Gascoigne Estate in Barking.

Jon Cruddas MP for Dagenham and Rainham said: "it is great to see such dedication to house building in the face of a nation-wide housing crisis. I'm pleased to see that the council's 2020 vision is addressing the housing need for local people. However, I can't stress enough how important it is that we fight to preserve our vibrant and diverse local communities by offering truly affordable homes."

Phase 1 of the regeneration of The Leys estate is set to complete in November with 89 of the properties being ready for residents to move in. The local Labour councillors Margaret Mullane, Lee Waker and Philip Waker have fought tooth and nail with the developers to ensure that 35 social properties will be offered for council rent and 35 properties will be offered on the working person's option at 65 per cent of the market rental price. 19 properties will be available for private sale. A further 69 homes of mixed tenure will be offered in phase 2. Village Ward councillors have expressed how it is essential that homes in the borough are realistically affordable for working people, with the council investing in local people to prevent them being priced out of the area.

Cllr Margaret Mullane commented: "It has been an uphill struggle to deliver a percentage of the homes at council rents; but it was something that Phil, Lee, and myself as local representatives felt was an integral part of the project. It's an all too familiar story across London that families are being priced out of areas they have lived in for generations, we didn't want this to be the case with The Leys."

Village Ward councillors Margaret Mullane, Lee Waker and Phil Waker have been closely monitoring the project, and have been on frequent site visits to inspect progress in construction. After a recent visit Cllr Lee Waker said he was "impressed by the high specification of the properties". Despite some delays resulting from difficulties with contractors, Village Ward councillors are confident that phase 1 of the regeneration project will be completed to a high standard by the end of 2016.

Cllr Philip Waker concluded: "We have had huge volumes of requests from residents all across the ward that would like to move into the new properties at The Leys; the list is constantly growing. Margaret, Lee and myself are doing all we can to ensure that existing local residents get first refusal on the new homes."