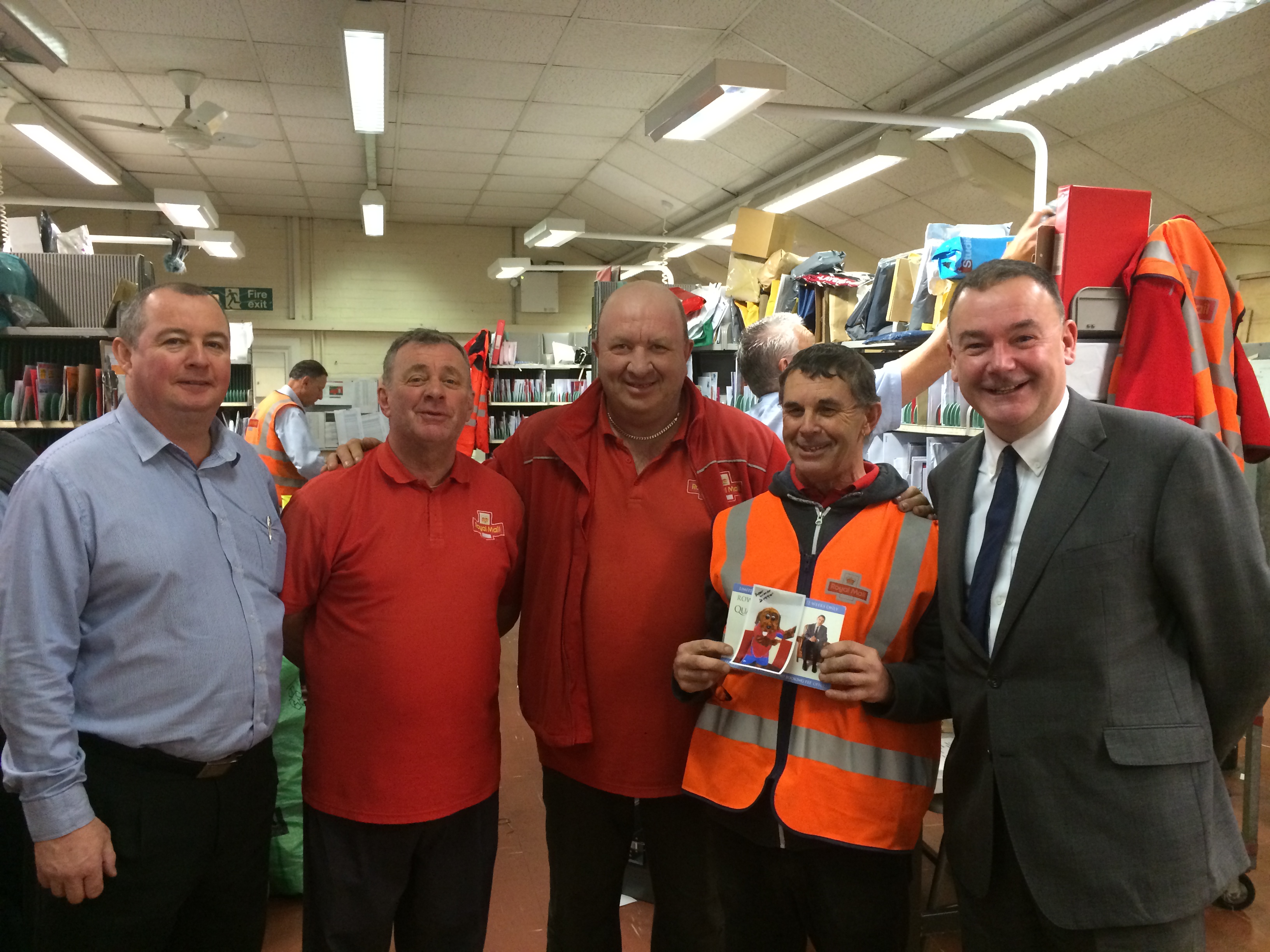 On Friday 12th December Jon Cruddas MP for Dagenham, Rainham, South Hornchurch and Elm Park visited Royal Mail's Rainham Delivery Office ahead of the festive season. As everyone knows Christmas is the busiest time of year for the postal service, with a three to four per cent rise in letter traffic owing to the massive amount of Christmas cards. The office manager also highlighted that there can be a rise of up to ten per cent in parcel traffic at the sorting office.

Speaking to one of the managers at the office Jon heard that much of the increase is due to online shopping, which is attributing to the 20,000 - 40,000 parcels and letters that come into the sorting office every day at this time of year.

Jon Cruddas said: "These guys work extremely hard in the local community all year round, and even more so at Christmas time. The reason I popped by is firstly to let them know how much they are appreciated, and secondly to make sure they get the recognition they deserve.

"I learned that the workers sorting the mail in the early hours are the same people that deliver our mail later in the day, they do a sterling job, often starting as early as 4am to make sure we get our post during the holidays. I want to take this opportunity to say thank you and Merry Christmas to all of our postal workers across the constituency."

Whilst meeting with the workers, Jon also spoke with the Communication Workers Union (CWU) rep in the office to find out more about the working environment and how it changes at this time of year.

In a chance meeting Jon also discovered that the Dagenham and Redbridge FC mascot, Digger the Dog works in the Rainham Delivery Office (man in the middle of the photograph); "I'm often at the Daggers games, so it was a pleasure to meet the man behind the Digger the Dog costume. It was a great surprise!"