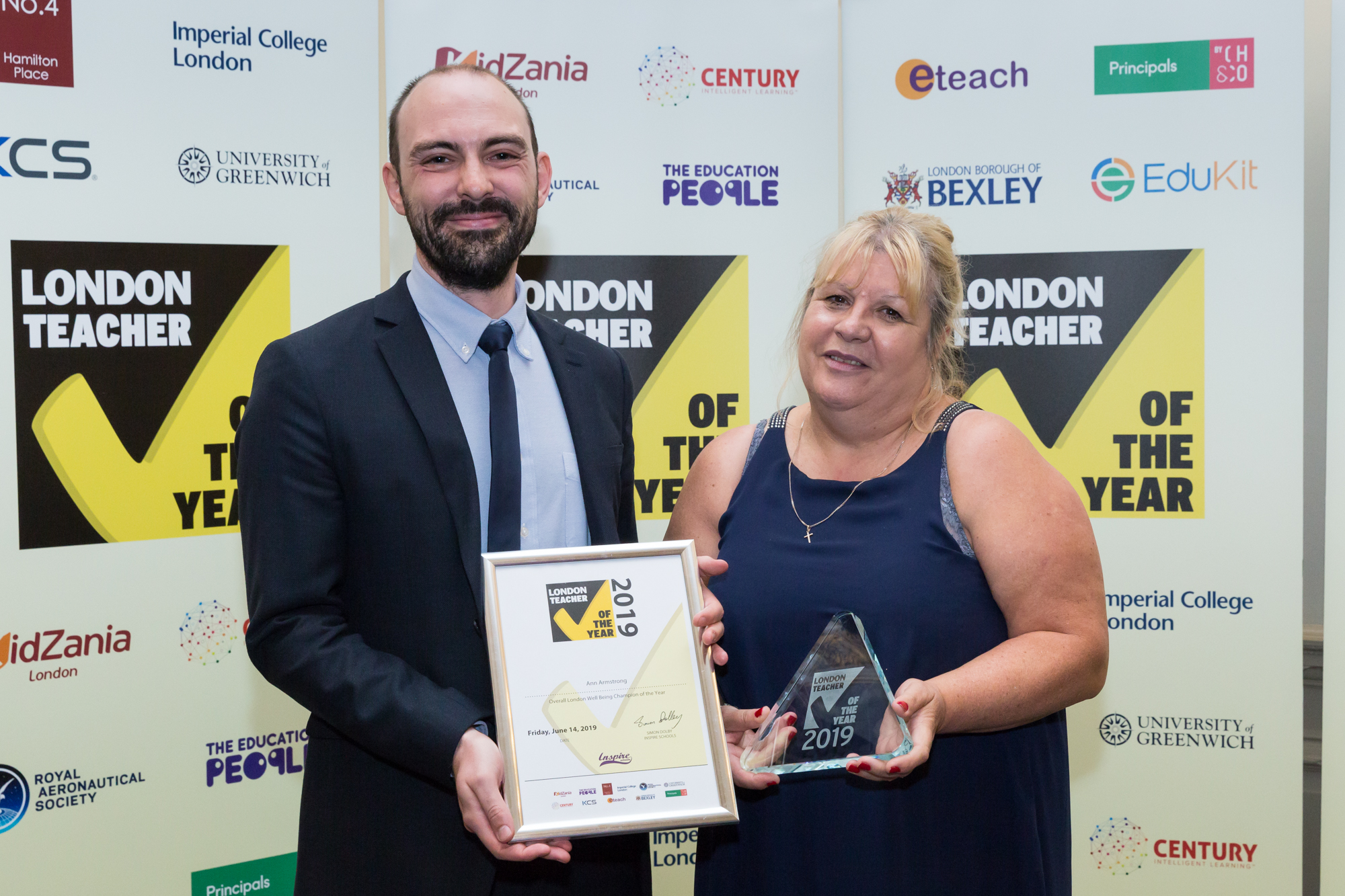 Schools in Barking & Dagenham are celebrating after being named winners at the inaugural London Teacher of the Year Awards. The awards were announced at a ceremony held at the Mayfair headquarters of the Royal Aeronautical Society on Friday (June 14).

The evening proved particularly successful for Ann Armstrong of All Saints Catholic School in Dagenham, who was one of the winners of the 10 London-wide awards.

Ann was named well-being champion of the year for both London as a whole and the combined district of Barking & Dagenham and Greenwich.

Also triumphing was Simon Abeledo of Rush Green Primary School in Dagenham, who was named head or assistant head Teacher of the Year for Barking & Dagenham and Greenwich.

The awards were organised by Inspire Schools.

The educational charity's chief executive, Simon Dolby, said: "All of the winners thoroughly deserved their awards. These teachers and support staff really do amazing work expanding the horizons and opportunities of young people across the capital, and the whole of society owes them a huge debt."

Jon Cruddas MP for Dagenham and Rainham commented: "This is a fantastic achievement for All Saints and Rush Green and showcases the hard work that goes in across all of our local authority schools. At a time of increasing pressure on teaching staff it is important to recognise the dedication of those who work tirelessly to develop and expand the opportunities of the next generation. Well done to all the winners, but a special congratulations to Ann and Simon from here in Dagenham."