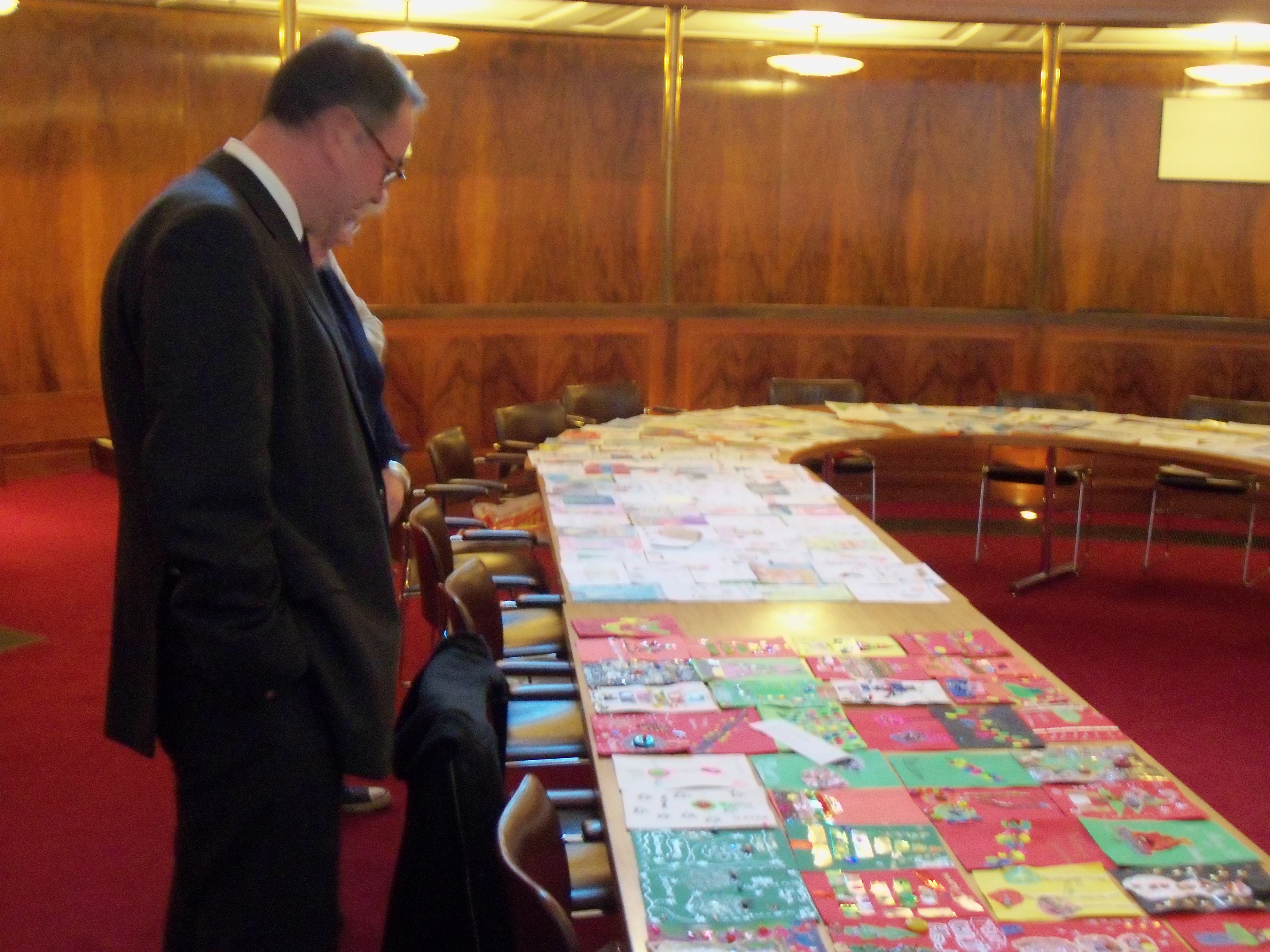 Following the great success of the 2012 Christmas card competition, Jon Cruddas the local MP for Dagenham and Rainham is now facing another few weeks of sleepless nights. With ten local schools taking part and eighteen businesses sponsoring the competition, this year there are more entrants than ever!

Over the past few weeks Jon's constituency office has been filling up with thousands of bright, creative and innovative Christmas cards designed by pupils from all corners of the constituency; Dagenham, Rainham, South Hornchurch and Elm Park. The standard of the cards has improved again this year and with such an outstanding array it has taken many days, and night's deliberation for Jon to finally decide on a winner.

One overall winner will be chosen with two overall runners up. In addition to this there will be a winner and runner up from every school that participated in this year's competition. The presentation event will be held on Friday 6th December in the Council Chamber at the Dagenham Civic Centre ? not only will the children get to meet Jon Cruddas MP this year, but Santa will also be popping by to congratulate the lucky winners!

Jon Commented: "It's been another fantastic turnout; with another year of sleepless nights for me! I've been hard pressed to choose the winners this year as there were so many great cards. For the third year running now I've been up all night, surrounded by Christmas cards and pulling my hair out. The turnout this year was outstanding which makes it all worthwhile. So many schools have taken part and it's encouraging to see more local businesses than ever supporting them.

"As with last year, we are giving the winning pupils the chance to choose a prize, asking them what they really want for Christmas. Instead of presenting the children with pre-chosen prizes I think this is a way to make it extra special."