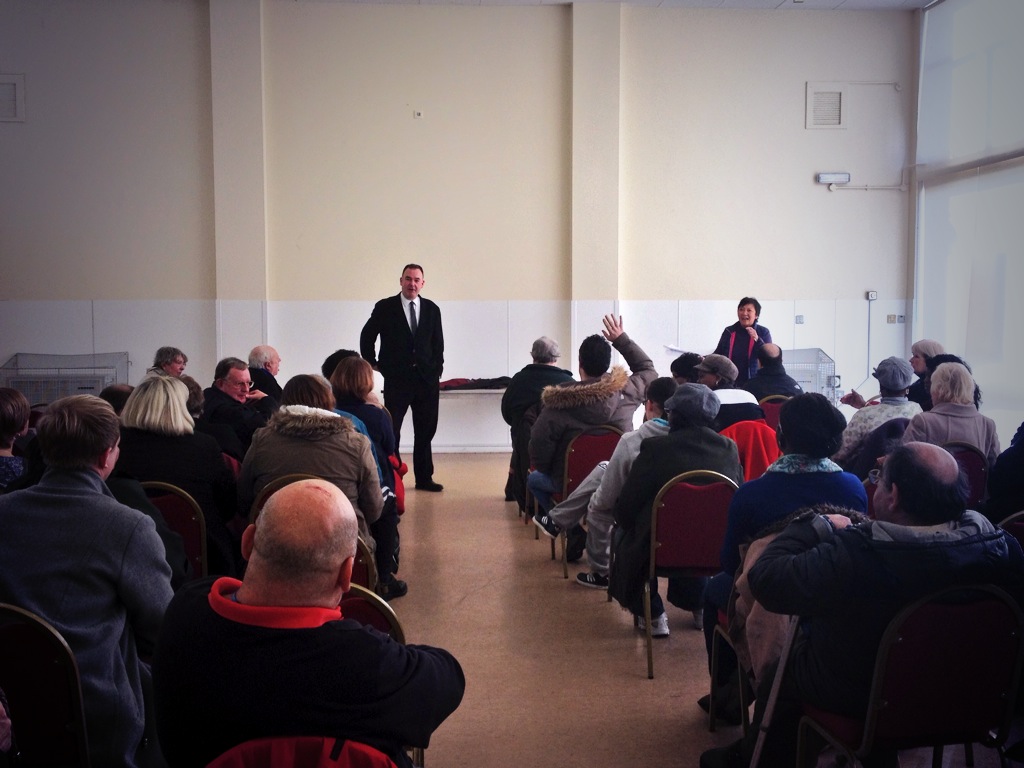 On Saturday 8th February Jon Cruddas, Member of Parliament for Dagenham and Rainham incorporating South Hornchurch and Elm Park, held a public meeting to discuss the Cost of Living with residents in Marks Gate.

The event was the first in a series of public consultations across Dagenham and Rainham designed for Jon to hear from local residents about their concerns regarding the cost and standard of living. In the past few months we have seen big rises in the cost of transport and energy which has pushed many hard working families to the brink.

The event was a huge success with a great turnout of local residents who raised many points of concern. Many were worried about the rise in energy costs and how they would keep up with their bills. Some residents were very concerned about falling into debt as a result of the increased prices. One of the major themes of the meeting was the impact that the welfare and housing benefit reforms are having on local families since their introduction nearly a year ago.

Jon said: "Over the New Year we saw a huge rise in transport costs, and this came off the back of a series of announcements from a the big energy companies that they would be raising their prices. I called this meeting to get a full sense of what local residents are experiencing and how their standards of living are being squeezed. We had a full and frank discussion of what hard working people were up against with all these price hikes on top of the bedroom tax and the welfare reforms."

Over the course of the year Jon will be holding more public consultation meetings to discuss how the cost of living crisis is affecting local people throughout Dagenham, Rainham, South Hornchurch and Elm Park. Details of forthcoming meetings will be made via his website: www.joncruddas.org.uk