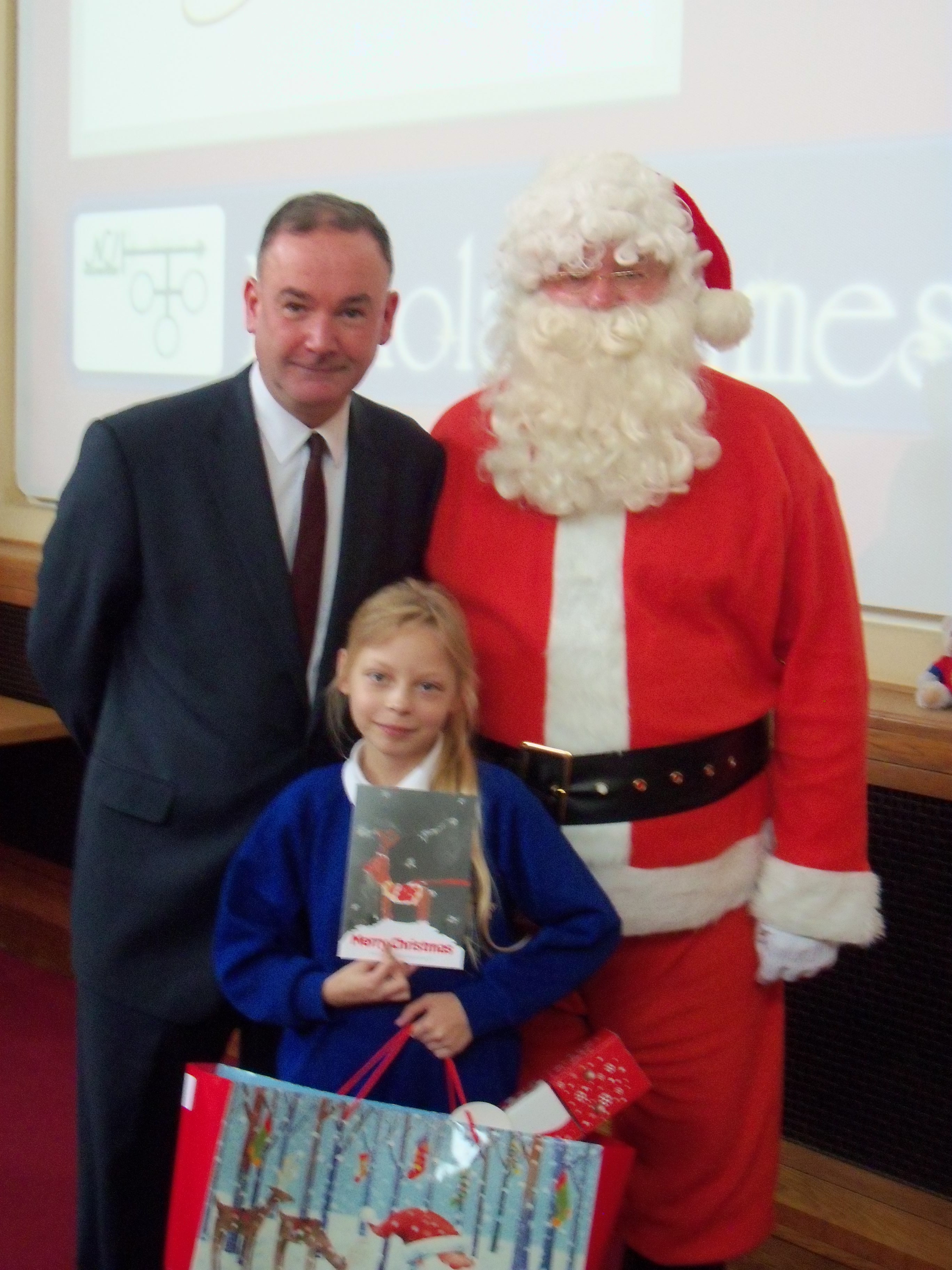 Last Friday Jon Cruddas MP for Dagenham and Rainham held his much anticipated Christmas card prize event. With 10 local schools and businesses from all over the constituency, this year was bigger than ever. Over 150 people attended the event, including the 21 school winners and runners up, the two over all runners up and this year's winner Neda Lajauskaite age 10 from William Bellamy School.

As always the overall winners and runners up get to choose their main gift; Neda won a Panasonic V110 Video Camera. Neda also received £75.00 Amazon Gift Vouchers, 2 tickets for a West Ham game of choice, 2 Dagenham & Redbridge FC tickets and a goody bag. All winners and runners up received a goody bag including: A Pixar DVD, a giant M&M cracker, a VUE giftcard worth £10 and either a £10 or £20 giftcard for The Entertainer.

The winning card will also be used as Jon's official Christmas card this year and will be sent out all over the constituency and across the country.

With 18 businesses sponsoring the event this year, including big names like the Port of London Authority, West Ham and London City Airport the prizes were extended to include the Winners from Trinity School. Trinity is the borough's only specialist SEN school and Winners; Alley Mohammed, Handi Longo-Mona and Paul Boatang received a Lego Fire Station, a V Tech Camera and a remote controlled car.

The children also got a chance to meet Santa, and were treated to delicious Christmas cupcakes that were donated to the event by Chic Dreams, a vintage boutique in Dagenham Village.

Jon Cruddas commented: "This year was the best yet, so many generous local sponsors helped to make the children's prizes better than ever! I've never seen the council chamber so full of smiling faces; the event really was something special.

"The success of the day only poses one question really, how do we top it next year? I hope that this competition grows and grows, as it is a great way to bring local businesses, institutions and families together at Christmastime. Thank you and Merry Christmas to all those that took part."