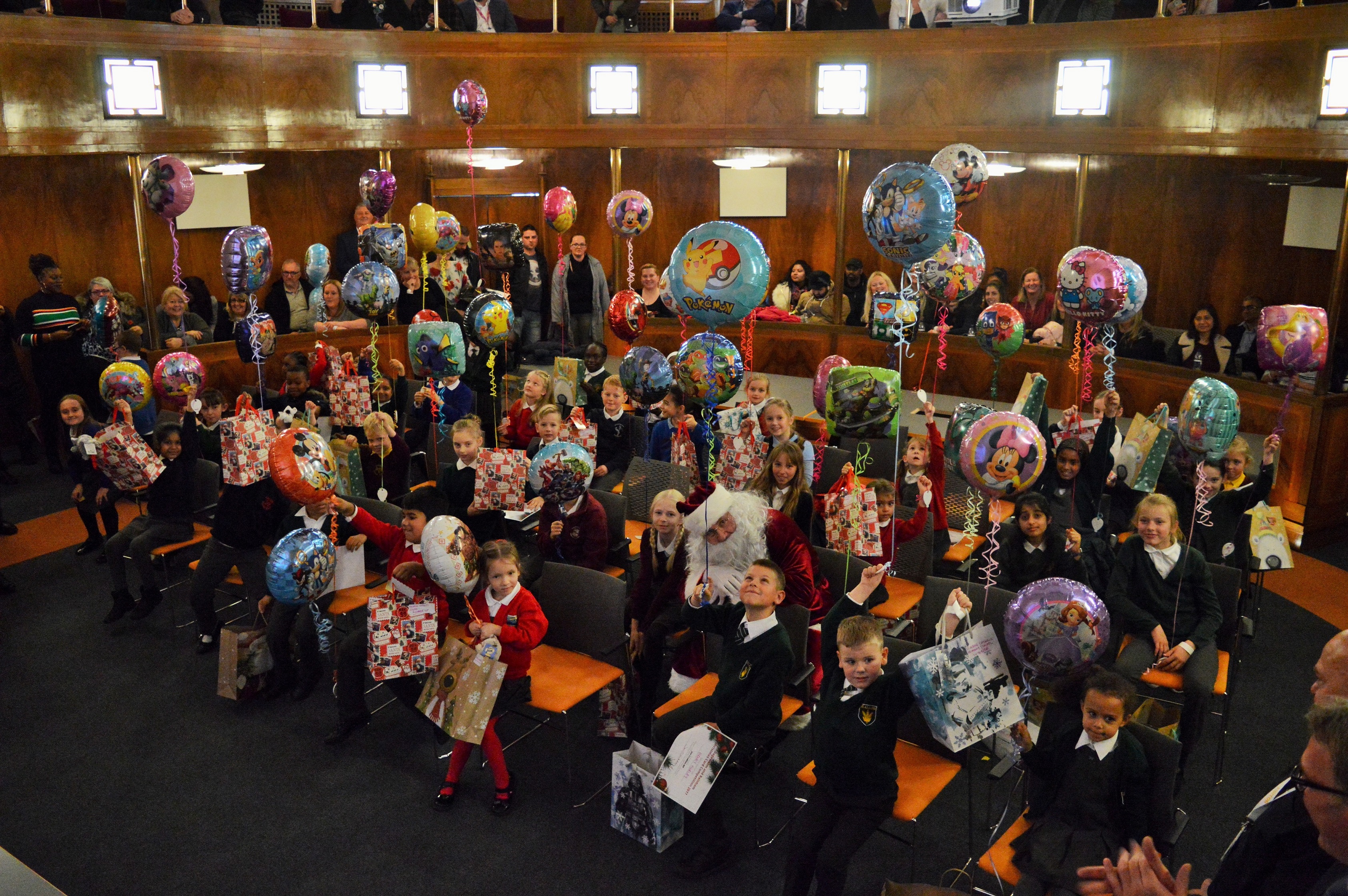 On Friday 1st December Jon Cruddas MP held his seventh annual Christmas card competition presentation event at the former Dagenham Civic Centre, now Coventry University London. All of the photo's from the event can be found on Jon's Facebook page:

Unfortunately due to a parliamentary vote, Jon was unable to attend;

"I was absolutely gutted not to be there but I had to be in Parliament to vote. I hear the cupcakes from Rainham resident Marilyn Lane were delicious!

"I just want to say a huge congratulations to our overall winner Evita Karvauskaite, aged 5, from Beam County Primary School ? Evita had up to £300 to spend on whatever she wanted and chose the latest portable games console, the Nintendo Switch; which I'm sure she'll have lots of fun playing over Christmas! We had more schools, and more sponsors than ever this year, and I just want to express my thanks to all of the businesses, teachers, parents, and children that took part.

"A special thank you to my staff who did a fantastic job of hosting the event in my absence. This is the nicest event of the year, and I look forward to next Christmas."

Evita also won a tour for a family of four at the London Stadium, donated by West Ham, and a winner's goody bag with DVD, chocolate, teddy, £10 toy shop voucher, and £10 cinema voucher.

The overall runners up got up to £150 to spend on whatever they wanted. Bryan Akinola from Marsh Green Primary chose an Amazon Fire 10.1, and received two tickets to West Ham v West Brom. Niamh Vernege from St. Alban's Catholic Primary chose an Acer Chromebook 11, plus £50 Tesco vouchers.

The Schools with the most entries won a meal for two at Kusadasi Taverna in South Hornchurch, and x2-x3 £50 West Ham vouchers to enter into a free raffle at the school.

This year also saw a very special prize donated by Steve Thompson MBE ? the chance for one lucky girl or boy to be the Dagenham and Redbridge mascot for the day! Mia McCaffrey from LaSalette won the prize.

Evita's winning card will be Jon's official card this year, and will go out to 2,500 people ? including the Prime Minister.