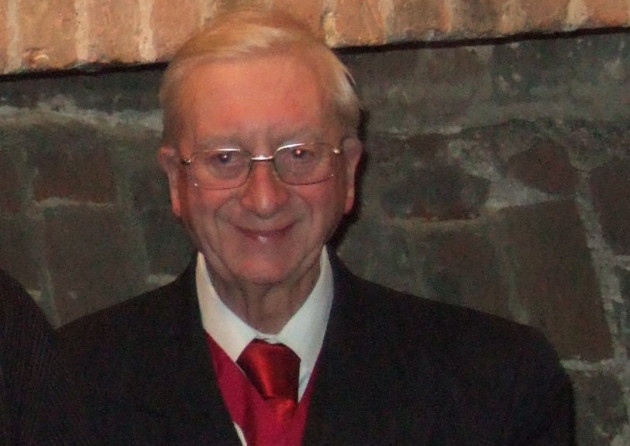 Fred Jones passed away in hospital earlier this week at the age of 88, four years after he was made an MBE in the Queen's Birthday Honours List for services to the borough. Born in Liverpool, he moved to Barking in 1932 and was first elected as a councillor in 1964, remaining in office until May 2006.

He was appointed a Freeman of the Borough in 1985 and served as Mayor of Barking and Dagenham for the year 1990/91. In 2006 he was made an Honorary Alderman in recognition of his outstanding service to the borough.

Since the early 1970s he has helped every Dagenham MP in some form, and over the years Fred became a longstanding member of ?Team Cruddas' (as the staff call it). Fred had helped run Jon Cruddas' Dagenham advice surgeries at the Civic Centre since Jon entered parliament in 2001. The staff have said "the surgeries on a Friday night won't be the same without him".

Jon commented: "I was gutted when I heard the news. Fred has been with me since the start, and has helped every MP for Dagenham since the 70s when John Parker was around. He was a true gentleman and, for me, embodied public service and civic pride. He was a councillor for 42 years; Mayor of the borough in the early 90s; an Honorary Alderman; and in 2013 received an MBE - national recognition of his contribution to society.

"Fred was loved by all the staff at the Civic Centre, and everyone in my office considered him a friend. He was always on hand with a witty comment, and was always the first to pull me up when I was running late to the surgeries or if I had cropped up in the press! There was never a dull moment when Fred was around and he will be sorely missed.

"His knowledge of the local area was second to none. Dagenham has lost one of its most upstanding residents; and I have lost a good colleague and a friend. At this sad time my thoughts are with Fred's family and all of the people in the borough that were part of his life."

During his time on the council, Fred was chairman of the Libraries Committee, vice-chairman of the Education Committee and served on various other bodies, including General Purposes, Leisure and Amenities, Policy Advisory and the Dagenham Town Show committees. In addition he served on many external organisations including the Barking Arts Council, Barking and Dagenham Voluntary Service Association, Barking and Dagenham Old Peoples Welfare, Barking and Gospel Oak Line Committee, Becontree Widows Club, Barking Operatic Society, Abbeyfield (Barking) Society, Cloud House (Abbeyfield Home) Management Committee and the Witten Association.