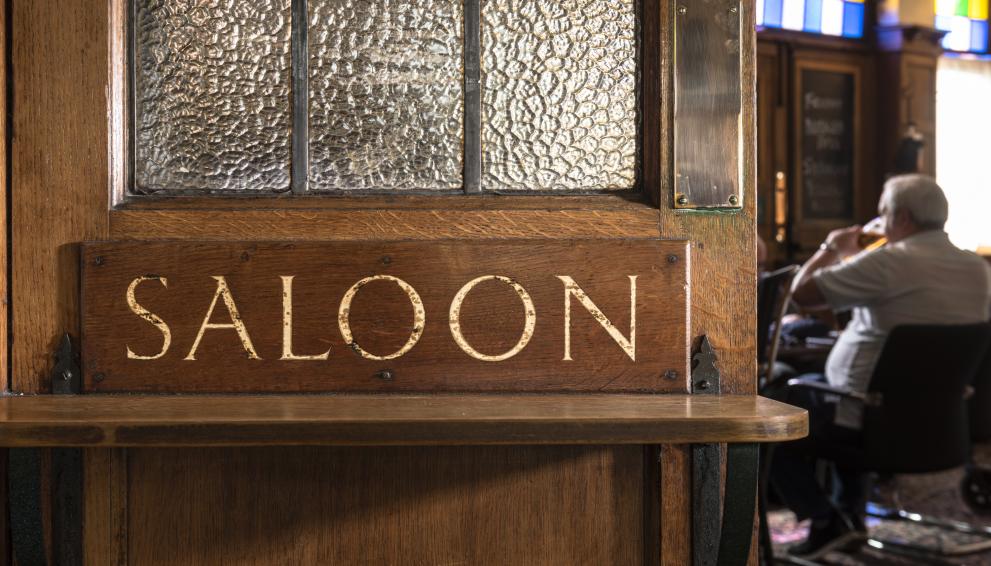 Today (15.06.22), Historic England have announced eleven pubs across England have been granted Grade II listed status, helping to preserve the historic buildings and their interiors. The Admiral Vernon on Broad Street in Dagenham is one of the eleven pubs chosen.

The list of pubs was put forward by the Campaign for Real Ale (CAMRA) Pub Heritage Group, as part of an on-going collaboration between Historic England and CAMRA. Relisting essentially involves updating and adding to listing descriptions of buildings or sites on the National Heritage List, some of which were written 30 years ago.

Jon Cruddas MP said: “I have been a supporter of ‘Long Live the Local’ since the campaign started, and this recognition of the Admiral Vernon, which was built with the Becontree Estate, is an excellent way to preserve local community assets. Barking and Dagenham has fewer pubs than any other London borough and at a time when pubs are closing daily it is fantastic to see Historic England and CAMRA putting protections in place for iconic locals like the Admiral Vernon.”

Built to serve the Becontree Estate, one of the largest and most ambitious council estates of the period, its interior is much as it was when its first customers walked through its doors in the 1930s. It has kept important elements of its original plan, fittings and character, built in the popular ‘Brewers’ Tudor style with characteristic timber-framing and brick chimney stacks and an almost completely intact interior, including a games room, private bar, saloon bar and publican’s offices behind the counter.

This inter-war estate pub has kept much of its original plan, fittings and character. It was designed in the popular Brewers’ Tudor style of the period by London’s Courage Brewery, with characteristic imitation half-timbering and brick chimneystacks. The Admiral Vernon was completed by 1939 to serve the Becontree estate, the largest of the London County Council’s out-county estates which was home to a community of over 120,000 by the time the pub was opened.

Pubs had an important place on the new estate, becoming the main social centres in a context where there were few community buildings. The Admiral Vernon reflects the way inter-war pubs were arranged to cater for different types of custom. The remarkably intact 1930s interior consists of a games room and public, private, and saloon bars, all with their respective fixtures, panelling and decoration. The exceptional level of survival gives a tangible sense of how a typical estate pub would have looked and operated in the period, something which is now a rarity.

Share your photographs, memories and stories of these historic pubs on the National Heritage List for others to enjoy: https://historicengland.org.uk/listing/enrich-the-list