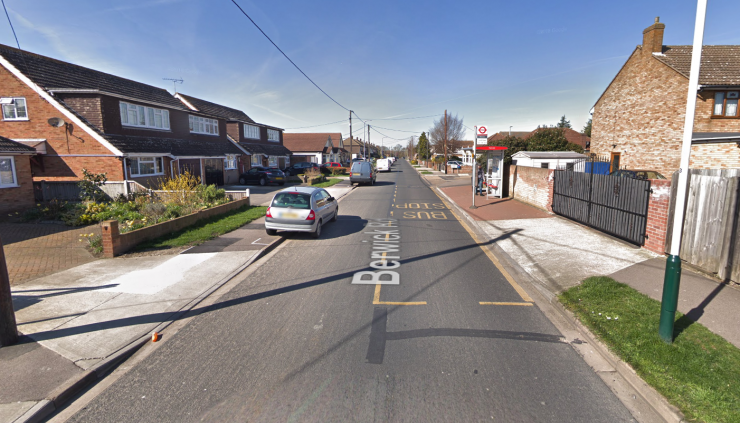 Residents of Berwick Road Rainham are campaigning to persuade TfL to stop double decker buses on this part of the route due to causing cracks in their homes.

Dennis Clark and neighbours have raised complaints with TfL and Stagecoach, the bus operator, concerning the 287 and 165 buses that terminate in Abbey Wood Lane at the junction with Berwick Road. Dennis said "eight buses every hour until 1 am pass through Berwick Rd. The single deck 165 buses are fine but the double deckers are so heavy they cause vibration to my house and cracks have appeared. This isn't just affecting me; it's damaging the homes of other residents of the road."

Residents have pressed TfL and Stagecoach to act and take the double decker buses off the 287 route through Upminster Road North to the terminus at Abbey Wood Lane. But have been met with complete refusals.

As part of their campaign residents have enlisted the support of Jon Cruddas MP for Dagenham and Rainham. Jon met with officials from TfL on 17 August to voice the concerns. However, since the meeting TfL have not changed their plans.

Jon said: "I have been asking TfL to properly address this problem for residents. They should carry out an assessment of damage caused by such heavy vehicles in residential roads. I have also put to TfL that there is a solution that will save money for TfL's budget that is under great stress, cut emissions and help improve air quality and would maintain a bus service for the whole area with a frequency of a single deck bus every 12 minutes. That service would be more than adequate in relation to the low passenger numbers that travel at this end of the route.

"I am asking that senior officials at TfL come down to the area, meet with residents and get a real understanding of the situation. Failing that I will be taking the issue up with the GLA's Deputy Mayor for Transport."