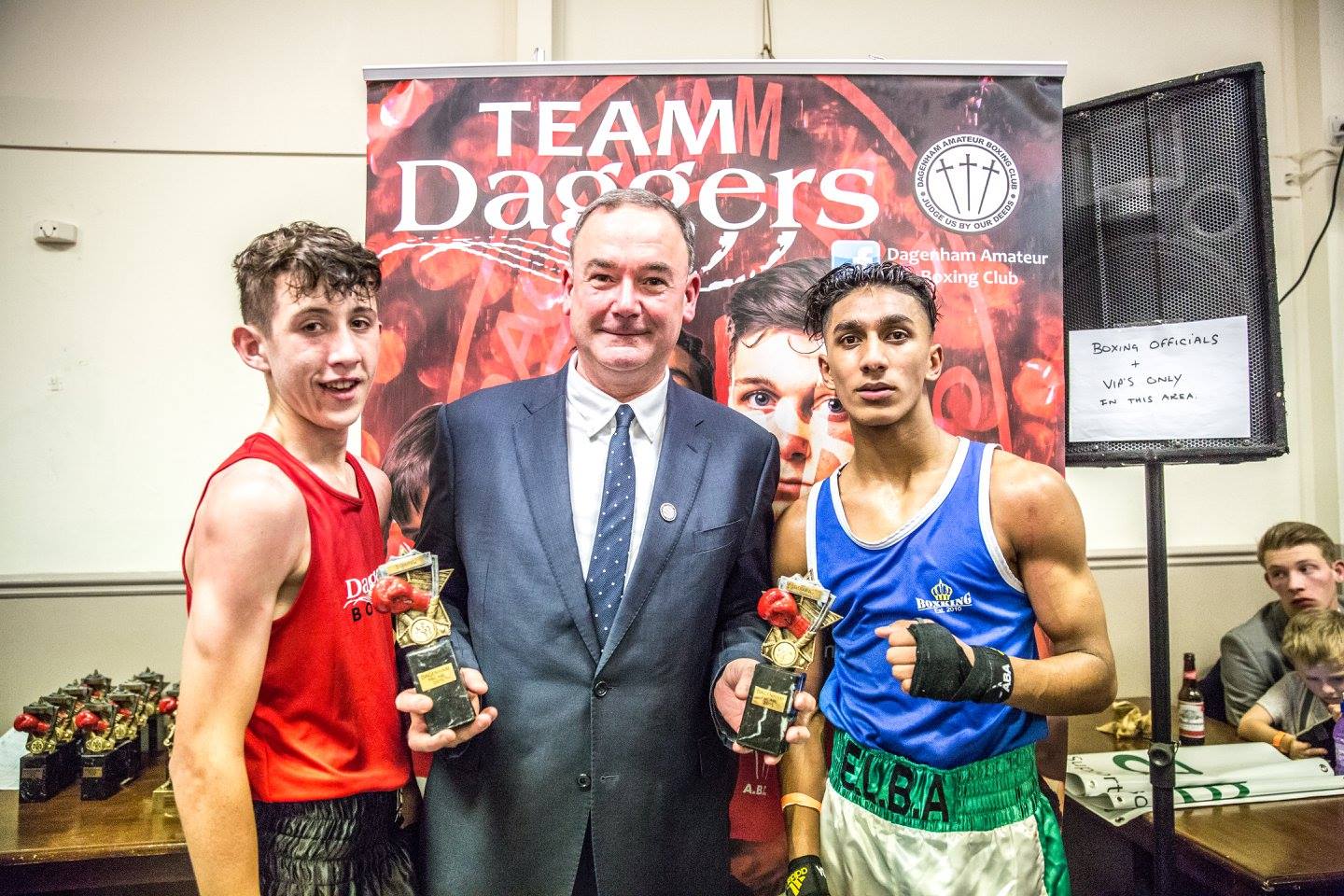 Jon Cruddas was invited by Club Secretary Dan O'Sullivan as a guest of honour.

Dan commented: "Jon was highly influential in helping our club secure an affordable long term lease for the future [21 years], and also in helping us obtaining grant funding from 'Sport England' - this funding paid for a complete refurbishment of the gym and paved the way for the club to offer the local and wider community the opportunity to learn to box in a first class facility."

Moving into its new lease the club is now working on producing the champions of the future. The boxers pictured with Jon Cruddas (above) are Dagenham's Jimmy McDonagh (red) who was beaten for the first time in six bouts by the other boxer in the photo; Hassan Chowdry (blue) from East London Boxing Academy, in Leyton.

Jon Cruddas alongside local Village Ward councillors are longstanding supporters of the club and the ?Daggers Boxing Team'.

Jon said: "I'm sure there are many champions in the making at the club; it has come on leaps and bounds in the last few years, and it's always a pleasure to attend events. I hope to get along to many more in the next few years! Danny has worked tirelessly with the lads to get the club to its current standard, and I commend all his hard work ? a true asset to the local community."

The boxing club is now well into its five year development plan which has seen it branch out to offer all different types of boxing coaching, from non-contact recreational school based programs ? to elite world class boxers. The club currently has one of its Senior Elite boxers competing in the World Series of Boxing. The local boxer is hoping to secure a qualification place to the Rio2016 Olympic Games.

If you are interested in joining, or finding out more about the club please visit their website: http://www.warriorboxing.com/clubpage.php?id=31