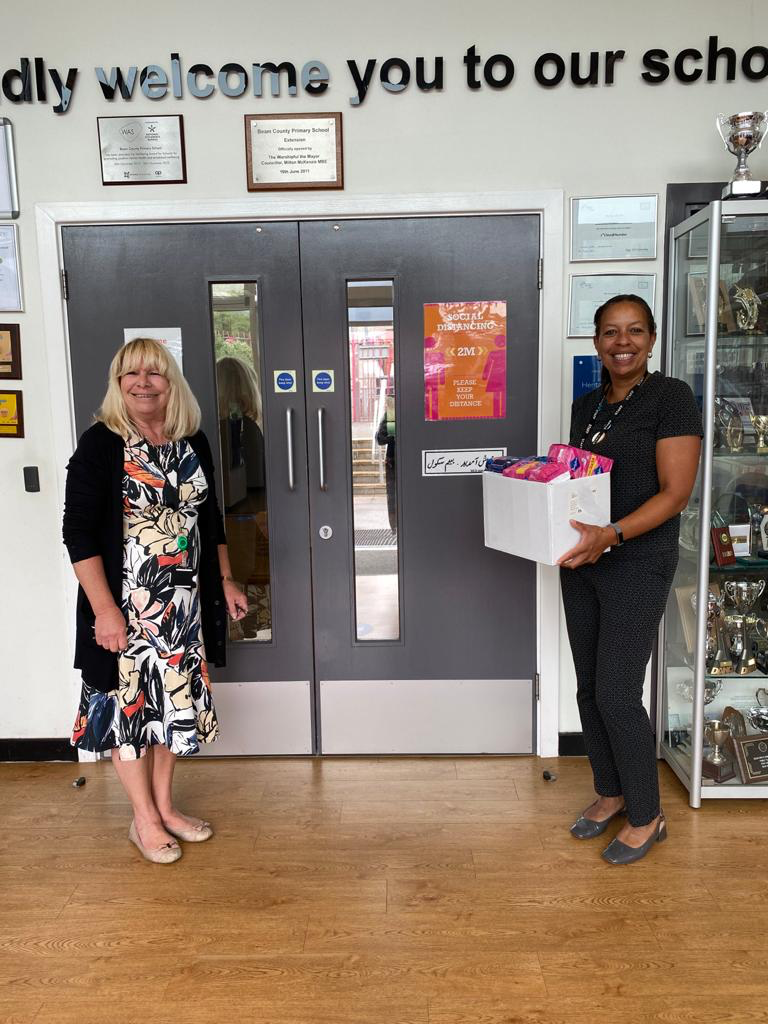 Glenda has been committed and dedicated to the borough, its residents and in particular the borough's education for the last 35 years. She is Chair of Governors for 2 successful schools in the primary sector, with one school (Warren Junior School) being awarded "Outstanding" by an Ofsted inspection. Her dedication saw her awarded "Freedom of the Borough" in 2014, as acknowledgement of the work she has done for education in Barking and Dagenham.

Glenda also served as a magistrate in Barking and Dagenham for 12 years. She is a key community leader and advocate for women's rights. Recently, over 200 Labour women representing council seats in local authorities across London signed an open letter calling for action to tackle violence against women. Glenda was amongst those that signed. She has also done incredible work to tackle period poverty across the borough.

Period poverty affects 1 in 10 women, leaving them unable to afford sanitary products. Glenda has always been at the forefront of looking at ways to provide free sanitary products to the borough's vulnerable women and young girls.

The onset of the Covid-19 pandemic exacerbated already underlying issues of period poverty within the borough. In light of this, Glenda launched a charitable campaign to support women facing period poverty in the local area. Many local businesses have supported the campaign, including big names such as Asda's and Sainsbury's.

Glenda said: "The support we have received from the business community has been phenomenal. The stark reality is that we are in 2020 and one in ten young women are still unable to afford sanitary wear. At present finances are even more constrained and people are having to prioritise purchases, which makes it even more important that we work to end period poverty."

The campaign has been a huge success, with the donated sanitary products being distributed to the most vulnerable across Barking and Dagenham, including Rainham Foodbank based in South Hornchurch.

She continues her tireless work to advocate for those in need.

Jon Cruddas MP: "Glenda has an unfaltering dedication to the community in Barking and Dagenham. I was pleased when she put herself forward to stand for public office and commend the work she has done since her election in 2018. I have known Glenda for years now and she is someone that gets things done. Throughout the pandemic she has gone above and beyond for local people and we're lucky to have outstanding figures such as Glenda representing the borough."