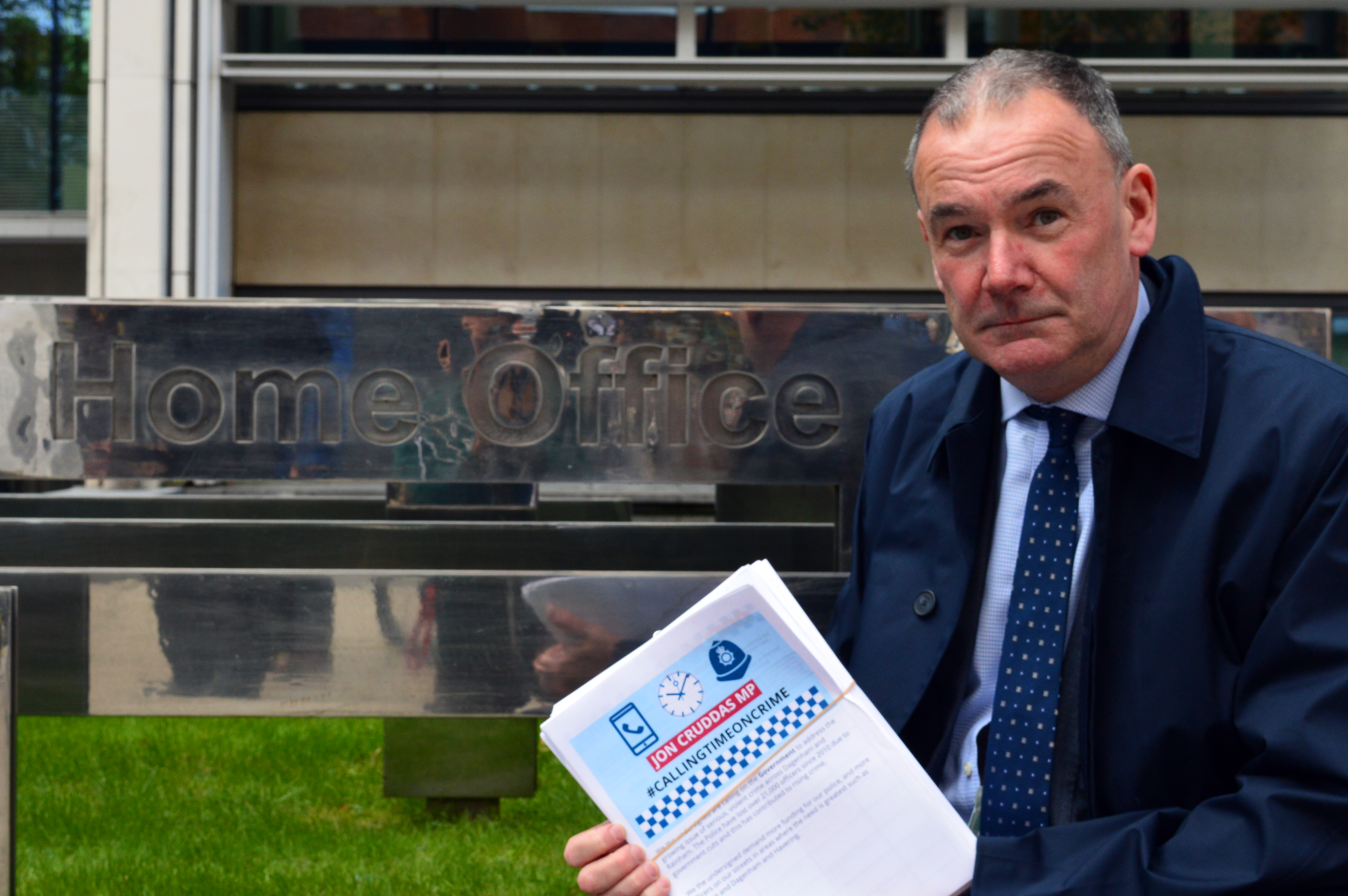 This week damning data obtained by the BBC revealed that knife crime has almost doubled across Havering since 2016. The data shows that over the last 12 months there were 13.2 reported knife crimes per 10,000 people in Havering.

A report from the Community Safety Partnership in Barking and Dagenham also highlighted that in the 12 months leading up to June 2019 serious youth violence had increased by 40.7% and knife crime by 17% on the previous period.

Since September 2018 Jon Cruddas MP for Dagenham and Rainham has led a campaign ?Calling Time on Crime' which called on the government to reinvest in local policing and put more bobbies on the beat. This week Jon handed his 5000-signature petition in at the Home Office.

Jon said: "this report came out the day after I handed in the petition at the Home Office, and it just acts to reinforce the severity of the situation. The Tory cuts to policing and youth services have pushed our communities to crisis point."

The outer London boroughs historically get less funding and since 2010 across Havering, Redbridge and Barking and Dagenham we have lost over 1000 officers from our streets.

The government recently announced that they would be replacing the 20,000 police that have been lost due to cuts from successive conservative governments over the last decade. However, this week it came to light that the Metropolitan Police will only be getting 1369 officers in the first ?uplift'.

Jon continued: "this ?investment' feels like we've lost a tenner and found a pound. If the extra police are allocated evenly across London it would only replace 10.3% of the officers we've lost over the last 10 years in our BCU. With knife crime and serious youth violence increasing across Havering and in Barking and Dagenham it just isn't a good enough commitment."

"In the coming weeks I will be raising my petition in Parliament and will urge that any ?uplift' reaches outer London areas such as Dagenham and Rainham."