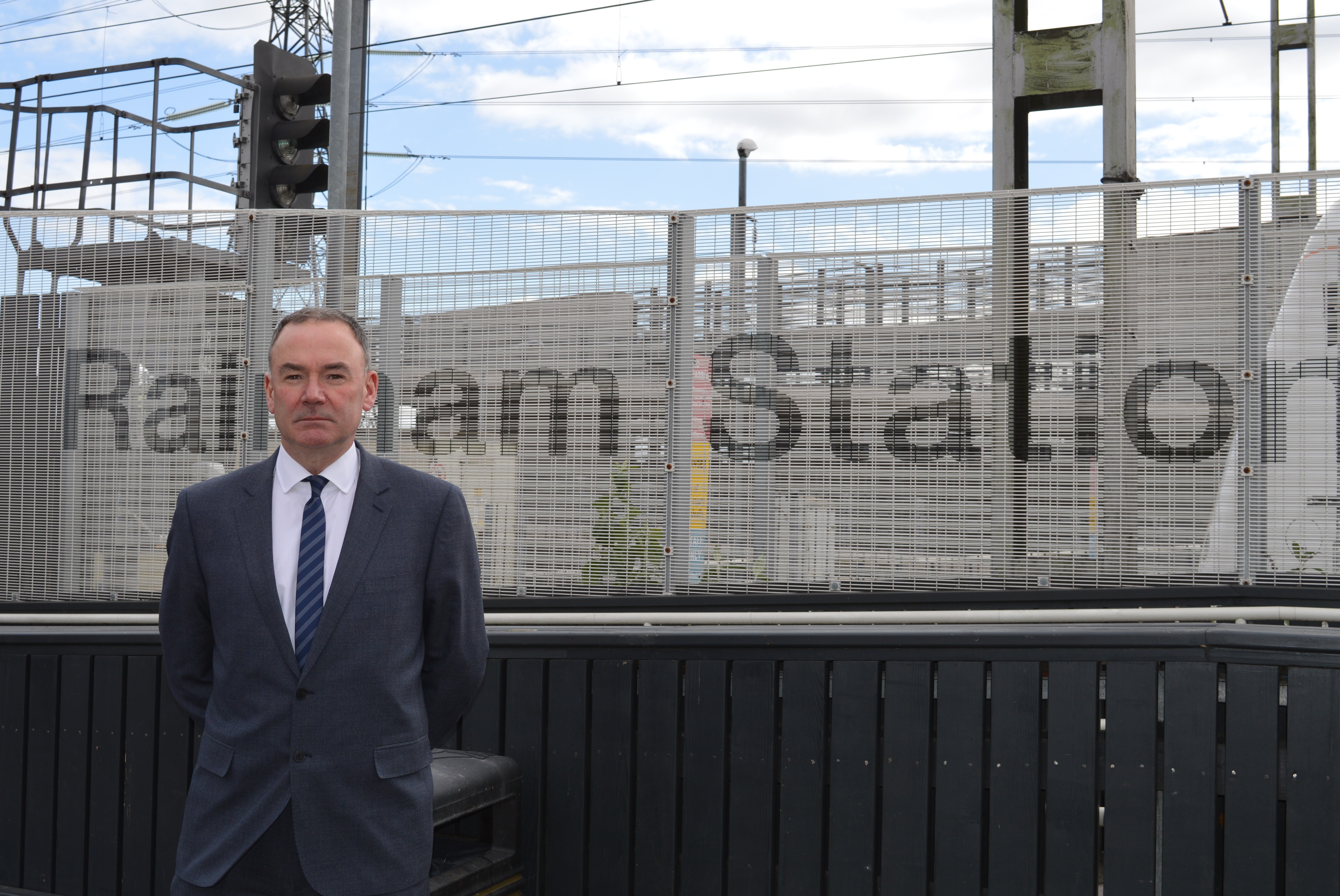 Following rumours that the opening of a new Beam Park c2c station between Rainham and Dagenham Dock had been pushed back due to funding issues, Jon Cruddas MP has now been informed that the promised delivery has been cancelled.

The Government has decided to cut the funding to create the station on the c2c line that was to service the well over 3,500 new homes off New Road between Rainham and Dagenham Dock. The Labour MP for Dagenham and Rainham is taking up the issue the Government's Secretary of State for Transport, Grant Shapps and has raised a petition on the issue today.

Add your name to the petition here: https://joncruddas.org.uk/beampark

Jon Cruddas MP said "This is a complete betrayal of all the commitments and promises to those people who have and are currently buying homes on the Beam Park development across the south of my constituency. The planning approvals for the new housing were underpinned by the promise of a station and this decision now brings the whole development into contention.

It's no good for this Tory Government to talk about building lots of new homes in London and then pull the plug on the infrastructure that those new families will depend upon. This also raises questions in my mind about the other so-called promises about a new health centre and schools.

This decision flies in the face of the Governments ‘levelling up' agenda and instead has the potential to grind Rainham and Beam Park to a halt. In the coming weeks I will be writing out to every household in the area urging them to join my campaign to get Beam Park Station delivered."

Add your name to the petition here: https://joncruddas.org.uk/beampark