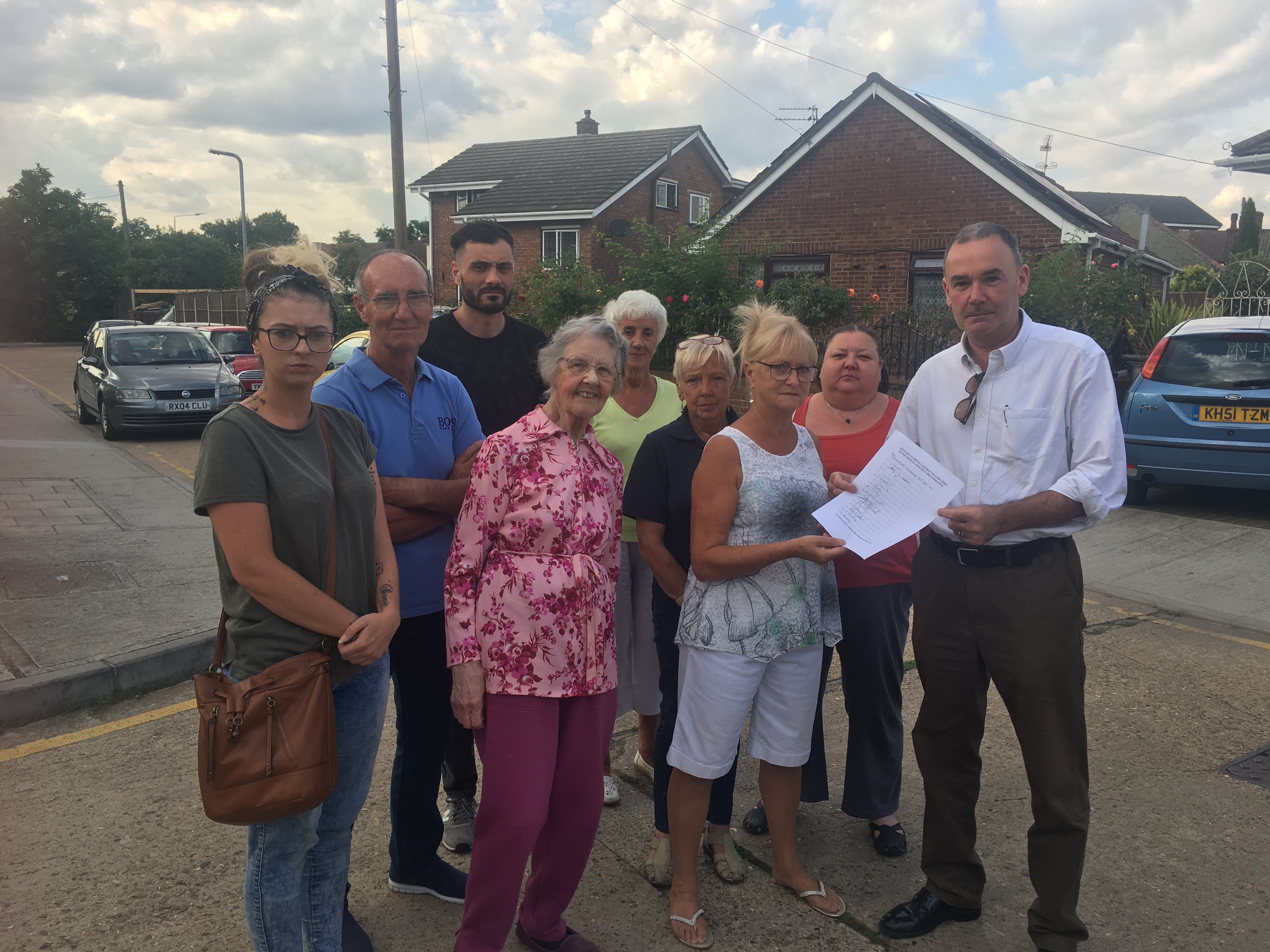 On 13th of July Jon Cruddas MP and Havering Coordinator Fay Hough visited Anglesey Drive, in Rainham to discuss the ongoing parking concerns. The biggest issue is with commuters using Rainham c2c station parking down the road. Anglesey Drive currently has single yellow lines, and the parking signs state no parking between 8:30am - 9:30am. Residents have explained that commuters wait until after 9:30am to park before heading to work, and the situation on this very narrow road is becoming untenable.

Jon Cruddas MP raised this issue with Havering Council on 22nd July 2016 and was met with a response stating: "the Schemes Team have advised that they would be very grateful if this request for parking restrictions could be passed onto Rainham and Wennington Ward Councillors in order for them to liaise with residents to find a way forward."

One year on and residents are finding their driveways blocked daily, with commuters showing no regard for local residents.

One resident who spoke to Jon has suffered numerous heart attacks over the years and suffers from COPD (chronic obstructive pulmonary disease). She described how ambulances simply cannot access the road due to the parking, and have to park at the end of the road and escort her to her house.

A petition was started by Mr and Mrs Walker of Anglesey Drive which gathered the signatures of every single resident. Jon Cruddas will be sending this petition to the council this week. Jon will be suggesting a number of options alongside the petition as raised by residents including: double yellow lines on the corner of the street and extending the parking restriction hours to 8:30am ? 10:30am to tackle the commuter issue.

Jon Cruddas MP said: "I was shocked at the parking situation when I visited Anglesey Drive. Residents are right to be angry. As I was speaking with residents I witnessed first-hand three people returning from work via Rainham Station and getting into cars that had been sitting there all day. The real worry here is the lack of access for emergency services; an ambulance or fire engine would be hard pressed to get down the street. I will be fighting alongside residents all the way on this."

Fay Hough, Havering Coordinator said: "I can't believe this problem is still ongoing. I personally didn't feel comfortable driving down to meet the residents as I knew I would have to mount the curb to access the bottom of the road. This road is a health and safety nightmare, and I dread to think what might happen if someone required one of the emergency services. This small road and its residents have been neglected by Havering Council and it is time something was done about it."