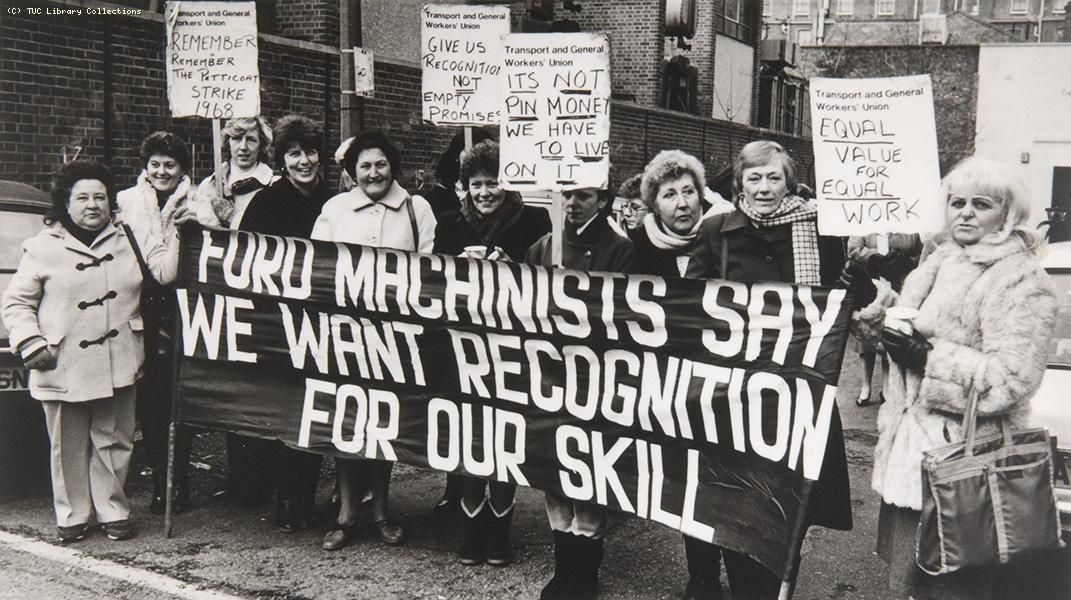 We must never forget the strikes at the Dagenham Ford plant. This week we celebrate this major contribution to British post-war history. The brave actions of these local women some 50 years ago led to the Equal Pay Act - a major turning point in achieving equality at work between men and women in this country. Dagenham has a long proud history of working class women standing up for their rights, and the fight they started back in 1968 is one that continues today. We have come on leaps and bounds since 1968 but there is still a prevalent gender pay gap which needs to be overturned.

The Trade Union Congress also celebrated its 150 year anniversary recently, and these two historic landmarks give us the opportunity to recognise the role of trade unions in workplaces today.

Trade Unions are as necessary today as they ever were. For example, in the last couple of weeks I have stood on a local picket line with workers on strike at the Dagenham Tesco Distribution Centre- being paid £1.39 an hour less than their fellow workers in Thurrock and been campaigning against arbitrary cuts of up £3,000 a year in the pay of many Sainsbury's workers.

The Ford factory is an iconic part of our past, but also our present. Much of the estate is now being regenerated yet there remains the two diesel engine plants which employ some 3000 workers and produce the cleanest diesel engines in the world. Over the last few weeks this is something I have raised in parliament- making the case for clean diesel and the Dagenham workers and their families. The plant once employed 40,000. Today in solidarity with the local unions we must fight for the remaining 3000 jobs which in turn guarantee many thousands of other local jobs in our community.

So this week when we quite rightly celebrate the strikes of 1968 at the Ford Dagenham plant let's not forget those fighting for dignity and equality in their workplace today. Many people are struggling and they need strong trade unions on their side fighting for justice. The fight goes on.