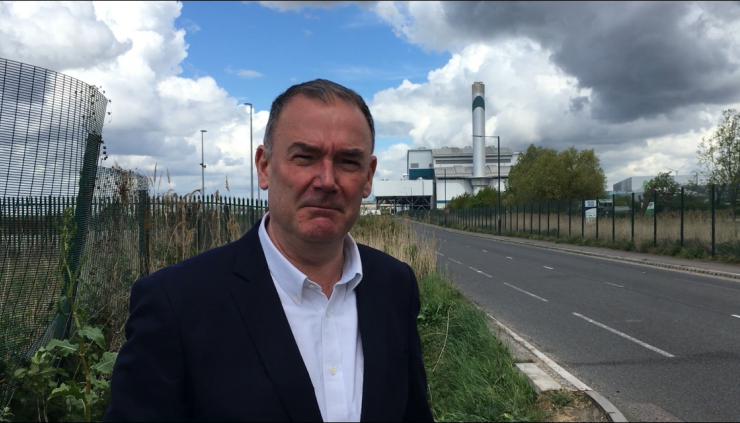 A Greater London Authority report published in May 2020 highlights that more than half of all deaths within London attributable to emissions from waste incineration facilities occur within just nine boroughs. The research clearly shows Barking and Dagenham and Havering as having the highest concentration of particulates and other harmful emissions as a direct result of incineration.

One month prior to the report the government rubber stamped plans to develop a second Energy from Waste incinerator directly next to the existing one in Belvedere on the banks of the Thames, with the Secretary of State claiming: "The overall conclusion is that the impacts of the Development on air quality as it affects human health and environmental receptors is acceptable."

The report went hand in hand with Jon Cruddas MP's call for a judicial review into the decision which was supported by the Mayor of London. However, the judicial review was dropped in September 2020 after a two-year campaign due to the likelihood of failure and cost to the taxpayer.

Jon Cruddas MP commented: "I hadn't seen the GLA report into Energy from Waste incinerators at the time. This document makes the decision to drop the judicial review even more frustrating, when City Hall's own research shows the damaging affect this development will have across Dagenham and Rainham."

"I completely understand the concern around financial pressures, especially given the events of the past year, but it is still disappointing that the government has been let of the hook at the expense of my constituent's health."

Development of the Riverside Energy Park is due to begin later this year. When completed the site will produce a maximum of 120 milligrams per cubic metre of Nitrous Oxide which falls well under the 200 mpcm European directive. However, combined with the max output of the existing site it is anticipated that the area will produce the highest rate of harmful EfW emissions in the country.

Jon added: "It is unbelievable that this has been given the green light and deemed ?acceptable' by government when we consider the wealth of evidence against it. Energy from Waste does not contribute to a circular economy and is a step away from the government's own green growth commitments."

In the coming months Jon has committed to work alongside other key stakeholders to ensure that proper scrutiny mechanisms are in place to monitor operations at the Belvedere EfW site.

The full GLA report can be read here: 'Health Effects due to Emissions from Energy from Waste Plant in London'